How Do Elephants Communicates? ~ Kwentology 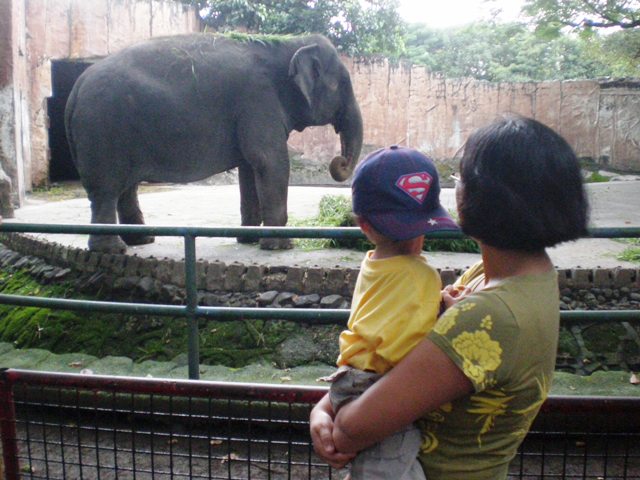 How Do Elephants Communicates?

How Elephants Speak With Others

I'd just visited Manila Zoo and get to know more about Mali. He is one of the largest animal found inside the park and I've learn a lot. Elephants don't just stand out in a crowd. They like to stand in crowds. The world's largest land mammals, elephants are very social. They enjoy hanging out in a herd. Elephants can be very chatty with plenty to say to each other.

An elephant uses just about every part of its body to send and receive messages-from trunk to tail. One way elephants communicate is through sound. Another way is through sight and movement. An elephant can flap its ears or bends its head to say anything from "I'm in good mood" to "I'm Number 1 in this group!" Elephants also share their feelings through touch, using their bodies and trunks. Even the odors an elephant gives off, combined with a strong sense of smell, help them communicate with each other.

An elephant can learn a lot by using its trunk to smell odors produced by another elephant's urine, breath dung, and scent glands. These scents are messages about an elephant's health and emotions.

A sac between the ear and eye gives off a liquid that looks like tears. The liquid runs when elephant is excited by a fight or when family members return. The odor of the liquid can communicate that the elephant is ready to mate.

As a way of saying hello, elephants of different groups will touch each other with their trunks as they pass. Males and females will entwine their trunks when they're thinking about mating.

An elephant can produce many sounds, from soft groans to screams. Each call has a meaning. Elephants know the individual sounds of hundreds of elephants. Low-frequency calls travel as far as five miles. These growls help them communicate with herds miles away.

When threatened, an elephant will raise its head and spread out its ears to look even bigger. Its message: I'm ready to fight. It pulls back its ears when it wants to communicate that it's backing down.
The first living things appeared on Earth about 3 billion years ago. Since then, animal species-from sponges to elephants-have developed fantastic features that help them survive.

Thank you for reading How Do Elephants Communicates? posted on the website Kwentology if you want to redistribute this article please include the link as the source. Have some kuwento to share? Contact us!