Did Bible Help People Discovering the Truth About the Space and Universe? ~ Kwentology 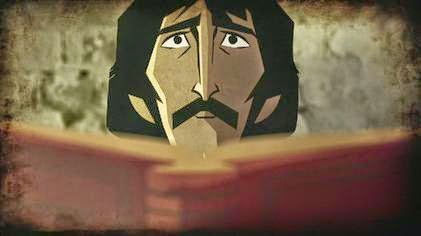 Did Bible Help People Discovering the Truth About the Space and Universe?

Giordano Bruno opposed Ptolemy belief about Earth was the center of the universe. He study the Bible and sees that the Earth was just a planet that circling around its star. He informed the Roman Church about his discoveries saying that our God is the infinite Universe Himself. However, since there wasn't enough evidence to prove his claim and Roman people considered his theories as a threat, his ideas were ignored and later led for his execution.

Blinded by Their Faith

No one ever believe Bruno, his concept about planets, stars, constellation, galaxies and every heavenly bodies known for today.

It was just the years after his death when all of his work were acknowledged. Both by religious people of Vatican and scientists.

“In space there are countless constellations, suns and planets; we see only the suns because they give light; the planets remain invisible, for they are small and dark. There are also numberless earths circling around their suns...”

The 22 km impact crater "Giordano Bruno" on the far side of the Moon is named in his honor.

There were deaths of prominent philosophers and scientists due to the Inquisition of the old Catholic Church, which soon sending its apology for those acts. Giordano Bruno and similar philosophers desired to serve freedom and promote the common good and did everything possible to save their lives.

Religion and science have both limitation to human's perception. But the Universe, Himself is boundless.

Thank you for reading Did Bible Help People Discovering the Truth About the Space and Universe? posted on the website Kwentology if you want to redistribute this article please include the link as the source. Have some kuwento to share? Contact us!