Earthquake is Unpredictable But We Can Prepare For It! ~ Kwentology

Earthquake is Unpredictable But We Can Prepare For It!

A major earthquake struck off the coast of Chile this week, triggering 7 ft tsunamis and mass evacuations along the country's coastal areas. The 8.2 quake near Chile comes on the several smaller quakes in Southern California.

Fortunately, no major damage in either California or Chile is reported at this point. However, this raised alarm among some folks that a "big one" is coming—a "big one" like the La Northridge quake in 1994. The earthquake killed dozens and caused 42 billion dollars in damage. The other that marked the history was Loma Prieta in San Francisco in 1989, which also killed 63 and badly destroyed infrastructure in the bay area.

Of course, there have been far worse quakes in other parts of the world—like the 2010 quake that devastated Haiti.

Foreseeing the Earthquake in Advance

Can we predict when major quakes will happen? Unfortunately at this point, only very very small to uncertain.

Quakes are caused by shifting tectonic plates, and the areas most at risk are places that sit along these fault lines. However, that risk can be aggravated by man-made factors that can exert extra pressure on naturally occurring seismic activity. The best known example of this is the Sichuan Province of China, which had a major quake in 2008 that's believed to have been triggered in part by a dam in the area.

As of the many potential triggers—which could include anything from reservoirs, mining or fracturing. Scientists can identify parts of the world that are likely to experience a quake. But, can't say when they will happen with any useful level of accuracy.

In fact, animals might be much better at sensing quakes than humans. Just before a 2009 quake in Italy for example, 96% of male toads ditched their breeding site in the area just days before the quake.

Stay Safe When There's an Earthquake 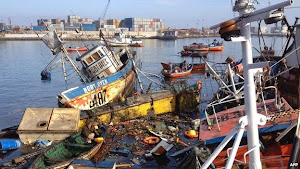 So, can we prepare for an earthquake? The answer is YES!

Well, no matter where you live, you should know what not to do in the event of a quake. Feel free to mildly freak out - like most people. But, please resist the urge to run screaming into the street during an earthquake. You're more likely to get hit with falling objects that can harm you that way.

Thank you for reading Earthquake is Unpredictable But We Can Prepare For It! posted on the website Kwentology if you want to redistribute this article please include the link as the source. Have some kuwento to share? Contact us!