The Science and Meaning of Your Mysterious Dreams ~ Kwentology 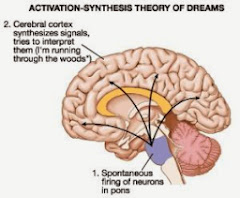 The Science and Meaning of Your Mysterious Dreams

Hi Kwentologist, have you ever had a weirdest dream? Do you have any recurring dreams that you seem to have constantly? Or dreams that you wake up from thinking, what the hell was that about?

Most people dream about their teeth a lot, and turns out that's one of the most common ones.

Many of these are associated with anxiety. That dream you have about failing a test, for example, that's often interpreted as feeling unprepared for something, or exposed to some way.

But why is certain recurring dream so common, and what's the right way to interpret them? That's a question that's been studied for ages.

Myth on Ancient Dreams and Today

In Greece, dreams were thought of as omens that could predict events. In Egypt, they were also considered links to the supernatural world.

However, many modern theories originated like Sigmund Freud who saw them as wish fulfillment. There had a system of symbols that represent the same things for almost everyone. Especially, apples, snakes, guns, and elevators basically these all mean sex.

Recently, a theory called ‘Activation-Synthesis’ claims that dreams don't really mean anything. They're just electrical impulses that pull random stuff from our memories. Dreams are tough to study partly because we often don't remember them.

A team from Japan tried to record dream visuals by waking people up during dream phases and asking them to describe their dreams. Of the 200 reports they collected, they found that most of them were actually kind of boring, ordinary stuff, with the occasional foray into the bizarre stuff.

Then they categorized the visuals as man, woman, car, computer, street. What's interesting is that when they showed the dreamers images of those things later. The brain activity was extremely similar to what it was in the dream state. Meaning we "watch" our dreams the same way we do real life events.

Based on those brain scans, the scientists were able to predict what people were visualizing during their dreams with 75 - 80% accuracy. Crazy right? 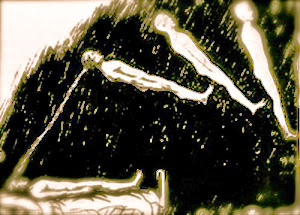 We spend about 2 hours of every night dreaming, and although they're still not that well understood. We do know that dreams are important for memory. Most dreams happen during REM sleep. This is associated with production of proteins and the retention of mental skills, among other things.

So, as for those recurring dreams you might as well embrace them, because they're normal, and probably good for you. Do you have recurring dreams or nightmares? What do you think they mean for you? Let us know on the comment below. Sweet dreams and thanks for reading.

Thank you for reading The Science and Meaning of Your Mysterious Dreams posted on the website Kwentology if you want to redistribute this article please include the link as the source. Have some kuwento to share? Contact us!