What's in the News? Around the United States ~ Kwentology 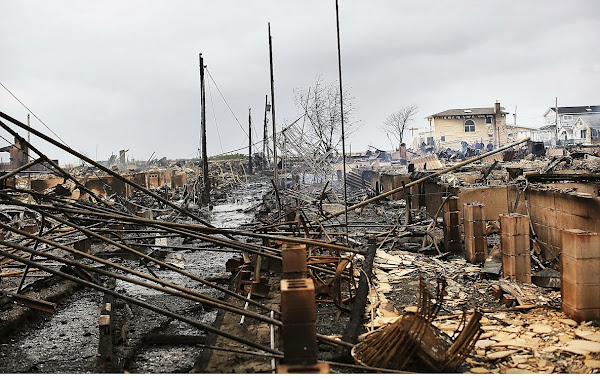 What's in the News? Around the United States

Kwentology
People and History , Places and Travels , What's in the News
Tuesday, April 29, 2014
No comments yet


A Hurricane Came Ashore
Millions of people in the Northeast and the mid-Atlantic states were hit hard by Hurricane Sandy. One of the largest storms ever to reach the East Coast, Hurricane Sandy stretched nearly 1,000 miles (1,609 km) wide. Officially deemed a “post-tropical cyclone,” it brought pounding winds, rain, and flooding to some of heavily populated areas in the nation. The center of the storm came ashore on October 29, 2012, near Atlantic City, New Jersey. Coastal areas, including parts of New York City and New Jersey, were flooded by huge surges of seawater, made worse by high tides and full moon. The storm caused at least 130 deaths in the United States and Caribbean, and billions of dollars in damage. President Barrack Obama declared New York and Jersey disaster areas, which made federal aid available to the states for rebuilding. “All of us have been shocked by the force of Mother Nature,” Obama said.

Teachers Walk Out
On September 10, 2012, thousands of teachers in one of the nation’s largest school district left their classrooms. After 10 months of discussions, the Chicago Teachers Union (which represents the teachers) and the city government could not agree on a contract. So about 26,000 teachers went on strike. Classes were canceled for more than 350,000 students in the city’s public schools. The teachers were protesting what they called unfair work conditions. They said the biggest issues were health benefits, job security, poor classroom, and teacher evaluations. After a week, union leaders agreed that proposed contract had enough changes for teachers to return to work. The school district made changes to how closely teacher evaluations were tied to student test scores, and offered better opportunities for teachers who are laid off due to budget cuts. The new contract also included a longer school day and pay raises for teachers.

Longer School Day
Starting in 2013, 40 public schools in Colorado, Connecticut, Massachusetts, New York, and Tennessee will each add at least 300 hours of learning time to their calendar. “Adding meaningful in-school hours is a critical investment that better prepares children to be successful in the 21st century, “said the U.S. Secretary of Education Arne Duncan.

Four More Years
In November 2012, U.S. citizens reelected President Barack Obama and the Vice President Joe Biden to a second term. They triumphed over Republican presidential candidate Paul Ryan. When all the votes were counted, President Obama had won 332 electoral votes to Romney’s 206, well over the 270 electoral votes he needed to win. He had a total popular vote count of more than 62.6 million votes to Romney’s 59 million.

Congress at a Glance
The 113th Congress of the United States began its term on January 3, 2013. These senators and representatives will remain in office together until January 3, 2015. As of February 2013, thus Congress consisted of 232 Republicans and 200 Democrats in the House of Representatives; and 53 Democrats, 45 Republicans, and 2 Independents in the Senate.

Mighty Math Museum
The National Museum of Mathematics (MoMath) opened in December 2012. Its mission? To develop stronger future mathematicians across the nation. Throughout the museum, visitors take part in various games and programs. The museum's founders hope that by having guests participate in the exhibits, they will better understand mathematical concepts. An example of this hands-on method of learning is a ride called The Coaster Roller. Visitors glide in a rounded triangle cart across an acorn-shaped track that miraculously creates a smooth surface. According to MoMath associate director Cindy Lawrence, “The triangle balls (on the cart) have a constant diameter that are even on all sides that simulate a smooth feel.”

Thank you for reading What's in the News? Around the United States posted on the website Kwentology if you want to redistribute this article please include the link as the source. Have some kuwento to share? Contact us!