Why Is It Important to Learn Your Blood Type Before Transfusion? ~ Kwentology 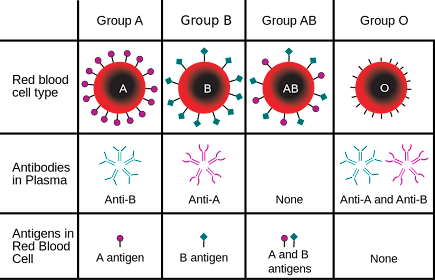 Why Is It Important to Learn Your Blood Type Before Transfusion?

In a lot of important ways, human beings are pretty similar to one other. However, when it comes to blood, there are definitely different types—8 to be exact. The differences of blood types stem from the fact that we all have immune systems. While they work equally well, they’re not the same. All of the cells in your body are covered in antigens— these are special protein markers that function sort of like name tags, saying “These cells belong to you.”


Agglutinogen and the Eight Types of Blood

When your immune system detects antigens that aren't familiar, it triggers the release of antibodies that tag foreign invaders and mark them for termination!

Now, there are two main types of antigens that form on your red blood cells. They’re called agglutinogens; they activate antibodies that smother invaders like a team of rugby players and cause coagulation in the blood.

The two kinds of agglutinogens are wisely given the discernible names of A and B. So, your blood cells can have one kind of agglutinogen, or both, or you could have neither.

Now, just to keep things interesting, there’s another set of antigens on your blood cells that works in different ways from the agglutinogens. This is known as the Rhesus, or Rh System, and it’s actually a collection of 45 different antigens. But they're all produced as a single group. So you either have all of them, or you have none of them.
Now when it comes to transfusing blood from one person to another, compatibility is kind of important to preventing a serious, possibly life-threatening, reaction. But finding the right match has less to do with what letter you have, than what letter you have the antibodies for which sounds confusing, but let us explain.

So, type AB people don’t have antibodies for either A or B, so they can accept A, B, AB or O. But type O’s have both A & B antibodies, so they can only accept other O’s.

The human body is so weird!

The universal blood donor has Type O negative. It is one of the most common that can give to almost anyone. However, there is a blood type which is known to be the most rarest. Do you know what blood type is it? You can check the spoiler below for the answer.

Please Click:
It has 0.8 percent of the world's population. Blood Type AB-.

Crislene loves Biology. Spending her time much on reading ebooks in different fields of science. Shares facts and trivia while on Facebook. Get connected and like her page on Facebook/Kwentologist.

Thank you for reading Why Is It Important to Learn Your Blood Type Before Transfusion? posted on the website Kwentology if you want to redistribute this article please include the link as the source. Have some kuwento to share? Contact us!