Are Humans Still at Risk on Bubonic Plague? ~ Kwentology 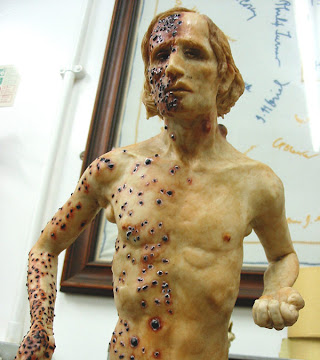 Are Humans Still at Risk on Bubonic Plague?

The Bubonic Plague is still killing people all around the globe but are we at risk and should we be worried about it? We've all heard of the bubonic plague—it is a devastating disease that eats your body from the inside out and was responsible for the deaths of over 75 million people in the 14th century including over half Europe's entire population.

What you might not know is that the plague is still around, it's still killing people. A city in China called Yumen was sealed off last time after a 38-year-old man died at the disease after coming into contact with an infected marmet and 151 others in that city were placed under quarantine for coming into contact with him. Is this the same plague that killed all those people hundreds of years ago?

Well, in an instant, YES! It is the plague that existed in the 14th century now commonly referred to as “The Black Death” was caused by a bacterium called Yersinia pestis. It's almost identical to the one that exists today that single strain which was originally transferred to humans by fleas can cause three separate versions of the plague.

Some reports are saying the man on China died in pneumonic version while others say it was the septicemic or Bubonic versions. However, internally possible that all three of those are true.


Lack of Awareness Against Bubonic Plague

The Bubonic plague typically appears in localized areas and without treatment, infection can spread to your blood morphing into the septicemic version. From there if it settles into your lungs, it can transform once again into the pneumonic version which is easily the most contagious form of the three.

It's the septicemic version now that gives the Black Death its name. Blocked blood flow causes your extremities to turn black until your limbs literally fall off and all this can happen within a span of 24 hours.

It's terrifying stuff and even though the bubonic plague still exists even in developed countries like the United States. It’s now completely curable with antibiotics just on the past, 4 Colorado residents were diagnosed with a pneumonic plague after coming into contact with an infected dog.

All of them have now been treated and they're expected to leave. However, the man who died in China likely didn't have access to antibiotics which explains why such drastic measures were taken.

Disease Control Specialists quarantine all 30,000 residents in Yumen for 9 days to perform disinfection as well as extermination of rats.

They also ran education sessions to raise awareness on how people could guard themselves against infection.

As up today the quarantine has been lifted and no more deaths are expected at least for now.

People who live in rural areas with lots of rodents are far more risk than the general population. But it still stands but anyone can theoretically contract to plague, as long as you catch it early though and have access to antibiotics. There's really no need to worry, a modern medicine as always can cure such deadly plague.

Thank you for reading Are Humans Still at Risk on Bubonic Plague? posted on the website Kwentology if you want to redistribute this article please include the link as the source. Have some kuwento to share? Contact us!