Top Islands to Sink Underwater for the Next Few Years ~ Kwentology 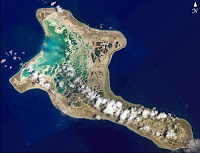 Top Islands to Sink Underwater for the Next Few Years

There are places in the world which are being eaten away as sea levels rise. What's going to happen to them!?

Whether you call it global warming or climate change, these islands are going down—it's happening. According to a study in the Proceedings of the National Academy of Sciences, for every 2 degrees increase in global temperatures, the seas will rise 7 feet, that’s huge!

Sea levels are rising because of melting ice, yes, but also warming oceans. As you might remember from physics, warm things expand, and that includes water.

But when you're talking about quintillions of gallons, even a small expansion can up sea levels.

Places like Kiribati—a 33 island-nation in the Pacific and it’s being affected right now. The 100,000 people that live on Kiribati's islands have already started to feel rising seas encroach on their way of life.

Perhaps as soon as 30 years from now, their country will become uninhabitable. Because of seawater creeping into their fields, the government purchased 6,000 acres on nearby Fiji so they could provide food security and a refuge if people become homeless. This is happening now!

Kiribati is not the only ones, the 350 archipelago chains of Panama are being lost to sea level rise, and though they're lucky to have the mainland of Panama to move onto, the indigenous Kuna people have lived there for thousands of years—and now, thanks to global climate screwery—their islands will be underwater in maybe 20 years.

Tuvalu is a famous island nation, for two, rather saddening reasons. One, they are like 10 feet (3 meters) above sea level, and they're slowly disappearing. And two, they blame two of the largest carbon emitters for destroying their nation and threatened to sue them in the International Court of Justice in The Hague. Those two countries were the United States and Australia.

Kiribati and the Maldives joined the lawsuit, but it never came to fruition.

The seas of Funafuti, the atoll Tuvalu is on, have risen about a quarter inch (6.3 mm) every year for the last decade. During World War II, US soldiers placed a gun embankment on a Tuvalu beach, and it's now 20 feet offshore.

Sinking isn’t just happening on tiny, far-flung Pacific islands. The city of Venice, it is 118 islands built up over 1,500 years. As sea levels increase 2 millimeters every year, they're trying to build seawalls to stop the oceans from getting into the city.

However, in the next 20 years, they'll be fighting 3.2 inches (8.1 cm) more ocean, with more coming every year. More the splash around, more the flood and more they try to hold back. And holding back the sea is only part of it, a warming climate means more intense storms and higher levels mean bigger storm surges. 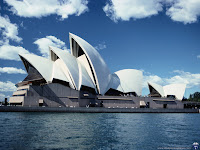 The Sydney Opera was built 11 feet above sea level and is only 41 years old, and scientists are worried the pier it's built on will be increasingly vulnerable to storm surges and extreme weather.

A 2012 study by the U.S. Geological Survey predicts the sea levels on the eastern seaboard of the United States will rise three to four times faster than the global average! 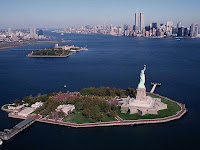 After Superstorm Sandy, Liberty Island where New York's Statue of Liberty stands was 75 percent under water and Ellis Island was completely submerged. These monuments might seem like they'll be there forever, but as seas rise and the earth warm… We just don't know...

How does stuff like this make you feel? Should island nations be able to sue carbon-spewing ones?

Thank you for reading Top Islands to Sink Underwater for the Next Few Years posted on the website Kwentology if you want to redistribute this article please include the link as the source. Have some kuwento to share? Contact us!