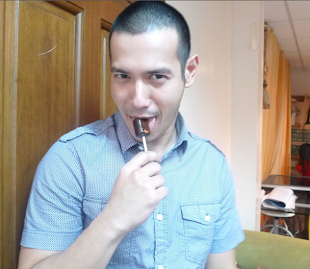 'John Prats' was Killed in Cebu

A man with a namesake of actor John Prats was found dead in Cebu yesterday's morning (January 23, 2015). He suffered from a headshot of unknown caliber. John Prats was a shop assistant in Valladolid, Carcar, Cebu.

Carcar Police still don't have any lead about the suspect and what was the motive for killing John Prats.

Based on the record, the body was discovered at around 6 A.M. inside the truck parked in the village.

According to SPO1 Randy Chavez, investigator of Carcar City Police said, they received a call from Gerry Navarro, also a driver who first found the victim on the driver's seat.

Police responded immediately where they saw the victim bathing in his own blood.

Initial investigation says that Navarro is about drive the truck, but he was shocked knowing someone is dead inside of it.

They rushed John Prats to the nearest Carcar City District Hospital but was then declared dead-on-arrival.

Thank you for reading 'John Prats' was Killed in Cebu posted on the website Kwentology if you want to redistribute this article please include the link as the source. Have some kuwento to share? Contact us!