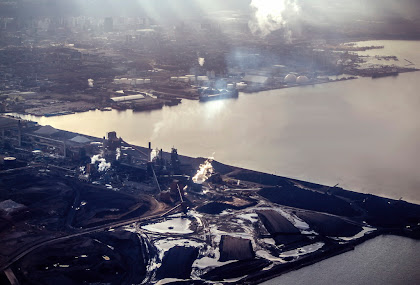 Earth had kind of a bad year or maybe years. As it turns out, industrialized nations pump more carbon dioxide in the atmosphere since last year than ever before. We're talking 40 billion metric tons and a 2.5% increase in the CO2 emissions from last year.

And guess what? Temperatures went up too!

The Warming Earth and the Climate Change

During the first 10 months of 2014, the average global temperature on land and at sea was 14.78 °Celsius. That's almost a full degree higher than the average temperature during the entire 20th century!

Plus, data from satellites weather buoys in Meteorological Stations all over the world found that the month of August, September and October were the warmest month since records were first kept in 1880. We're still waiting on the data but if that continues in November and December.

The year 2014 will be the single warmest year in recorded history!

Thank you for reading Life on Earth is in Danger! Industrialized Nations Produce More Pollutants posted on the website Kwentology if you want to redistribute this article please include the link as the source. Have some kuwento to share? Contact us!