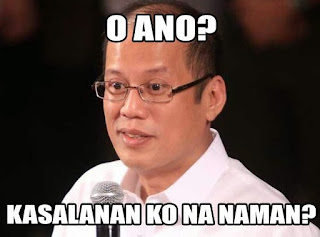 Is Pres. Aquino Avoiding His Liability on Fallen44 Mamasapano Operation?

Malacañang is asking people to refrain making any unnecessary conclusions regarding the testimony of several resource persons at hearings in the House of Representatives on "January 25 Mamasapano operation".

According to Presidential Communications Secretary Herminio Coloma Jr., presently, there is almost no form of narration to be released and no reports yet or conclusions to those specific investigators in such circumstances.

Meanwhile, Malacañang clarified that the President isn't fending off himself from any of his responsibility as Commander In Chief of the Armed Forces and as the "father of the people".

Malacañang also opposed rumors that members of the cabinet and some officials are covering up the president on issues of Mamasapano operation.

Michael Gierza leads the team of Kwentologist, where he shares informative write-ups.

Thank you for reading Is Pres. Aquino Avoiding His Liability on Fallen44 Mamasapano Operation? posted on the website Kwentology if you want to redistribute this article please include the link as the source. Have some kuwento to share? Contact us!