How Circumcision Becomes Beneficial for Manhood Throughout the History ~ Kwentology 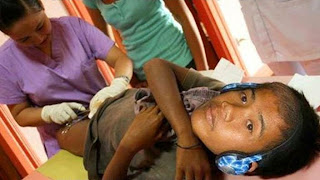 How Circumcision Becomes Beneficial for Manhood Throughout the History

We all know the penis is a sensitive organ, and yet there are many who choose to cut off a chunk of their kids' manhood.


But What Does Circumcision Do to the Penis?

The practice of circumcision dates back thousands of years, popping up in ancient cultures in Asia, Africa, Australia and the Americans independently, before any knew the other existed. It's practiced in Muslim, Christian and Jewish populations.

Worldwide rates vary, but in the U.S. from 1980 to 1999, 65% of babies penis foreskin were cut, and today, it's closer to 56%. Rates have been falling since 1960. Nationally, 3 out of 4 babies getting the procedure in the Midwest, two thirds in the Northeast, a little over half in the south, and only a fifth in the West!

Circumcision is the act of slicing the foreskin of the penis. A natural penis has skin covering its head, but a circumcised one does not. A DiscoveryNews.com article describes the foreskin as an "eyelid for the penis", which is a weird analogy but they are similar in that there’s a mucous membrane on the inside.

The adult foreskin is about 77 cm² (12 square inches) of skin, containing specialized nerve endings. From a sexual standpoint, circumcision removes one third of the erogenous tissue of the male genetalia — as the penis and clitoris come from the same fetal tissue, the analogous organ to the foreskin is the clitoral hood!

Obviously, there is a ton of debate as to the real benefit of circumcision; and it doesn't help that the policies keep shifting.

In 1999, the American Academy of Pediatrics issued a statement calling the practice into question, saying the risks didn't outweigh the benefits.

But now a new compilation study done by the Mayo Clinic claims the benefits outweigh the risks 100 to 1! According to their findings, over their lifetime, half of all men will require some kind of foreskin-related medical attention;

The foreskin isn't just an extra bit on the bits because the foreskin is a protective, mucous-membrane layer, it also attracts bacteria.

Actually, according to the study, the foreskin has it's own microbiome! For the study, researchers from Johns Hopkins Bloomberg School of Public Health looked under the hood of uncircumcised penises, and found anaerobic bacteria—those are bacteria which live without oxygen.

Studying Ugandan men before and after circumcision, they discovered, that this previously unknown anaerobic bacteria disappeared in the year they were cut; forever altering the individual microbiome of the male penis.

It is known from other studies that Langerhans cells normally live under the foreskin as well, and are commonly attacked by HIV. So, perhaps that's why HIV transmission is so much lower with circumcised men? They're still figuring this out.

In the end, the practice is ancient and fascinating, but is it necessary? Not at all, and there's still a roaring debate about removing a third of the penile erogenous tissue, issues of cleanliness, not to mention possible side-effects the major trauma!

Thank you for reading How Circumcision Becomes Beneficial for Manhood Throughout the History posted on the website Kwentology if you want to redistribute this article please include the link as the source. Have some kuwento to share? Contact us!