How ISIS Become the World's Most Powerful Terrorist Group ~ Kwentology 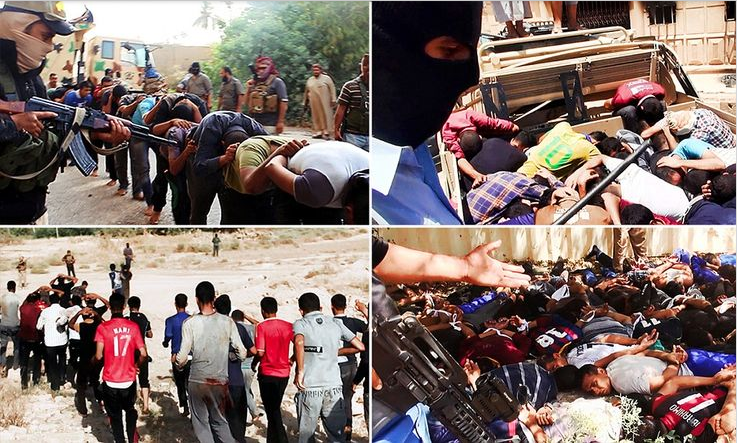 How ISIS Become the World's Most Powerful Terrorist Group

In the most recent display of the Islamic State’s terrible power. Militants have reportedly burned 45 people to death in al-Baghdadi, Iraq. Global outrage over attacks like this, have prompted President Obama and other Middle Eastern Countries to declare war on ISIS.

So How Powerful is the Islamic State?

ISIS is a militant jihadist group trying to establish their own Islamic nation in and around the borders of Iraq and Syria. It’s currently battling local militias, the national armies of Iraq and Syria, as well as the US army and its affiliates…. And in many ways, ISIS is winning.
Several news agencies called ISIS the wealthiest terrorist group currently in operation. And perhaps more than anything else, ISIS gets its power from the specter of fear that pervades the region.

The militants use their own unique “brand” of terror, and social media platforms to their advantage.

ISIS’s twitter accounts proudly update the world on every confirmed and unconfirmed act of violence. They have gone so far as to release gruesome videos depicting ISIS executions for the world to see. This media presence is used to successfully intimidate communities in the Gulf region and beyond. CNN reports that Iraqi soldiers and police have even fled their posts at the terrorists’ approach.

ISIS is arguably the most powerful terrorist group of modern time. It is stronger and wealthier than Al Qaeda in Iraq and the Taliban in Afghanistan. Currently, the UN and human rights groups are struggling to help innocent victims in the region, but excessive violence hinders their efforts.

However, as ISIS gains momentum in their attacks against the west and neighbouring muslim nations, governments can no longer turn their back on the terrorist threat. Jordan and Egypt have recently joined the US, Libya, Iraq, Syria and others in the fight against the Islamic State.

Thank you for reading How ISIS Become the World's Most Powerful Terrorist Group posted on the website Kwentology if you want to redistribute this article please include the link as the source. Have some kuwento to share? Contact us!