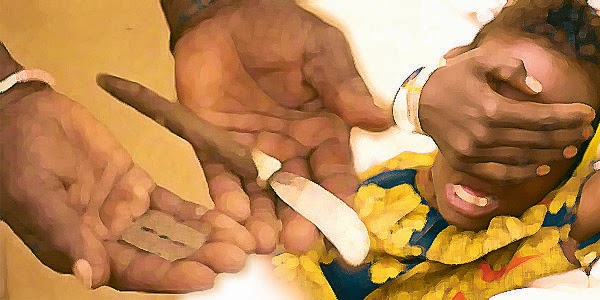 In ancient town in southern Egypt on the shore of the Nile river, some women have the courage to spoke out about tradition that once questioned and really controversial for humanity—the FMG, or "female genital mutilation".

FMG is rampant in countries like Egypt, and 90% of women said endured the mandatory painful procedure, widely known as 'female circumcision'.

This is done in the belief that cutting a woman's clitoris may reduce its sexual appetite. According to the United Nations (UN), it is common in 29 countries in Africa and the Middle East (Middle East).

In 2008, the government of Egypt enacted FMG as a crime, also religious leaders declared the tradition risky and it does not even connected with any of spiritual justification.

Nevertheless, it is still prevalent, according to rights advocates.

In one case, the death of 13-year-old Sohair el-Batea after undergoing the procedure performed by Dr. Raslan Fadl in Aga town of Dakahliya, 120 kilometers (75 miles) away in the northeast of the city of Cairo.

Thank you for reading Female Genital Mutilation Still Common In Egypt and Middle East posted on the website Kwentology if you want to redistribute this article please include the link as the source. Have some kuwento to share? Contact us!