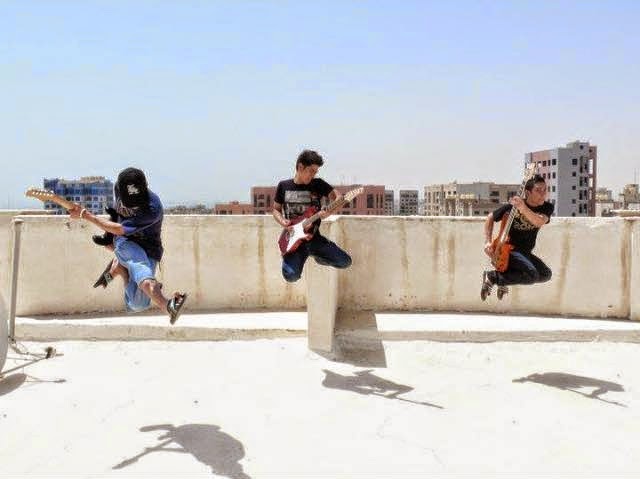 OFW in Kuwait Rocks Middle East With Their Parody Videos

A lot of OFWs spending their time on Facebook, let's admit it! For the very reason that Facebook is the best way to communicate our family overseas. Thank's to Mark Elliot Zuckerberg and his Internet.Org making Facebook free for Filipinos and other nations.

Well, working abroad needs a lot of courage, time-management, strategy and the most important thing "be cool!" Why? How can you overcome depression and lonesomeness when you don't know how to chill, right?

These guys making ultimate effort to bring happiness to our fellow overseas Filipino workers by making consecutive parodies. When I first watched the parody "Itlog na Naman ang Ulam" this made me burst out of laughing. The truth is... the song's lyrics were made based of what is really happening here while we are working abroad. We were immunized with egg in Philippines, so why not have it for emergency? Especially, if we are running out of budget, agreed?

Anyway, guys don't ever forget to save your money. Forget Samsung and Apple, they may ruin your plans. Just buy what you need but don't overdo it, OK?

Right after watching their video I checked the other one entitled ABRUDE - (RUDE by MAGIC parody) where they mentioned such disappointments, why they'd left for the family to work abroad, and how excited they are for the upcoming event Floyd Mayweather, Jr. vs. Manny Pacquiao Fight.


Abrude By The Habibis (Rude by Magic Parody)

I just wanna say thank you "The Habibis". You have our commendation!

Since each of the member encountering spiritual guidance longin on the emptyness within joining and attending bible studies was the key where they introduce itself and thats the acquiantance was.(june,peter,la)

Jamin together during offs with other mcdonalds music enthusiast in the studio(fintas 5) the main factor where they met tony d drumer and the lost ingredients mixed up done to serve a hot chili song like their single "REPLY KA NAMAN",watchalanaiyoho,mahiwagang bahaghari etc. were some of the songs extracted.

Eventually during Tamodees hotel workin acidentaly bumped up with the hotest shredder from SAUDI checkin in at his former hotel then became acquainted in the name of KATOL (master payups) then met up with peter. upon the absence of toychits meryenda and tony they reformed the band and the subname "THE HABIBIS" arises.And now we present to you the modern version of the defunct 80's THE HAGIBIS (name inspired) sensation with the influences of mid east ARABALOG varities music.

Hi I'm Michael Gierza, if you have some stories to tell. It's time for you to tell us now! If you have interest in writing for us and having your post published, please write to kwentology@gmail.com or use our contact page.

Thank you for reading OFW in Kuwait Rocks Middle East With Their Parody Videos posted on the website Kwentology if you want to redistribute this article please include the link as the source. Have some kuwento to share? Contact us!