Why Cases of Aids in the Philippines Skyrocketed? ~ Kwentology 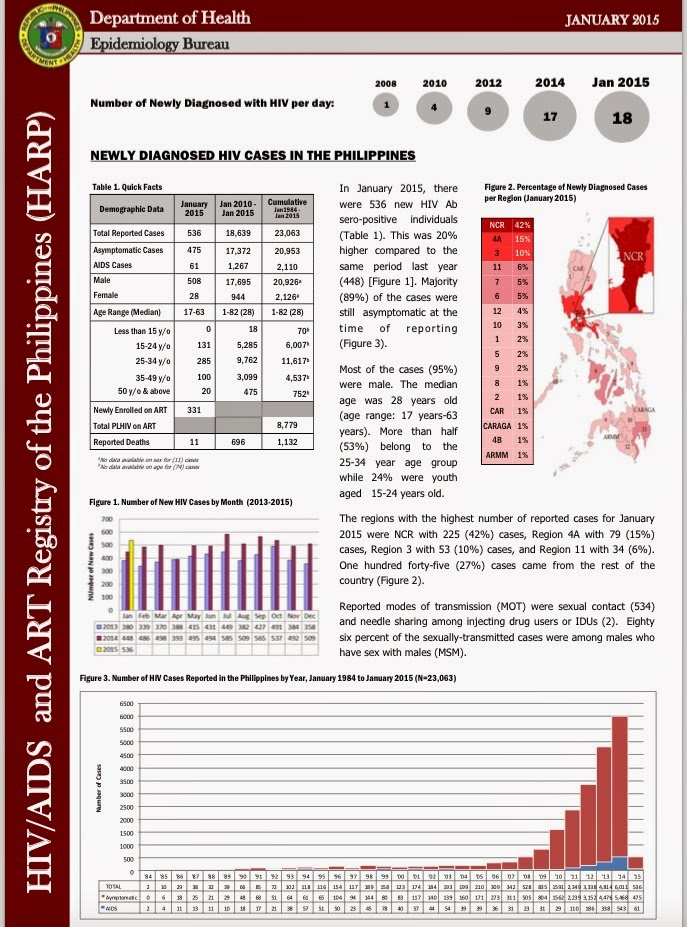 Why Cases of Aids in the Philippines Skyrocketed?

The documented cases of Human Immunodeficiency Virus (HIV) in the Philippines revealed that at least 18 Filipinos were being infected every day, based on the Department of Health (DOH).

In the latest report of HIV/AIDS Registry Report of the DOH, in January 2015 they recorded 536 new HIV cases. This is higher by 20 percent compared to January last year which only hit 448 HIV cases.

Records shown that these new 61 cases had reached to full-blown AIDS before they were reported and 14 of them died.

Thank you for reading Why Cases of Aids in the Philippines Skyrocketed? posted on the website Kwentology if you want to redistribute this article please include the link as the source. Have some kuwento to share? Contact us!