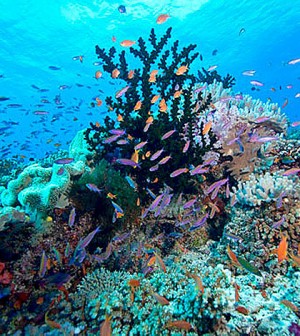 More than 100 new species were recently discovered in the waters covering the Isla Verde in Batangas.

Based on the report, a group of California Academy of Sciences conducted an expedition in Verde Island Passage (VIP). They confirmed the "new and unique species of shellfish" located on Isla Verde which is also considered as the hot spots of marine biodiversity.

Some of the newly discovered species are the bullet-like organisms, highly sensitive jellyfish, and colorful flat worms.

According to the head of researchers, Dr. Terry Gosliner, the rarest of all these new found organisms is sea slug which is more close relatives of the genus Halgerda.

They said that they have been looking for new species and stunned when the found these creatures for the first time here in the Philippines. The academy researchers carefully undergoing examination on these newly discovered species using DNA sequencing and other technologies.

The Isla Verde in the province of Batangas is considered as "the center of marine biodiversity" and also part of the Coral Triangle - the area reaching 2% of the world's ocean habitat of 76% of the corals in the world.

Thank you for reading 100 New Species of Marine Organisms Discovered in Philippines posted on the website Kwentology if you want to redistribute this article please include the link as the source. Have some kuwento to share? Contact us!