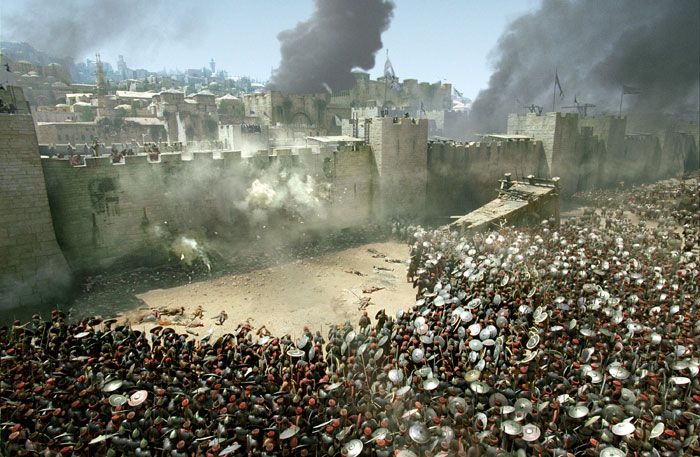 Battle of Jerusalem - History of Holy War Between Muslim and Christians

The whole army conducted a strict fasting in the late June, and go straight to the Mount of Olives.

Godfrey, one of the warrior besieged a portion of the city's wall, and on July 15, 1099 using ladders his group successfully invaded enemy fighters. The Muslim governor of the city surrendered after the defeat that day, after victorious warriors opened the Gate of Saint Stephen.

However, this only served as the beginning of two-century religious wars between the Crusader and Arab over the control for Jerusalem.

In the 1000s, Christians in the city of Jerusalem repeatedly scorned by the Islamic rulers, especially under the leadership of Seljuk Turks in 1071.

It was year 1095 when Pope Urban II called out to help Christians in Jerusalem with crusaders, and immediately the Western European responded on his appeal.

Thank you for reading Battle of Jerusalem - History of Holy War Between Muslim and Christians posted on the website Kwentology if you want to redistribute this article please include the link as the source. Have some kuwento to share? Contact us!