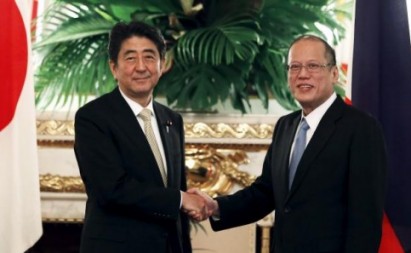 Japan and Philippines Joined Forces in the Spratlys Dispute Against China

President Benigno Aquino III on Friday said that the Philippines is ready to start conversation allowing Japanese military aircraft and naval vessels to the use Philippines ports for refuelling, give them the opportunity to expand the scope of their operations in South China sea.

The agreement will be a Visiting Forces Agreement, which allow the Japanese military to have access in the Philippines on rotational basis, as President Aquino on press briefing in Tokyo before the end of his four-day state visit to Japan.

Aquino took the trip while the two countries intensifying their security relations. Manila is seeking allies in the rivalry against China which claiming the West Philippines Sea, while Tokyo is concerned with Chinese land reclamation projects in the borders feared to expand Beijing influence in the region.

Thank you for reading Japan and Philippines Joined Forces in the Spratlys Dispute Against China posted on the website Kwentology if you want to redistribute this article please include the link as the source. Have some kuwento to share? Contact us!