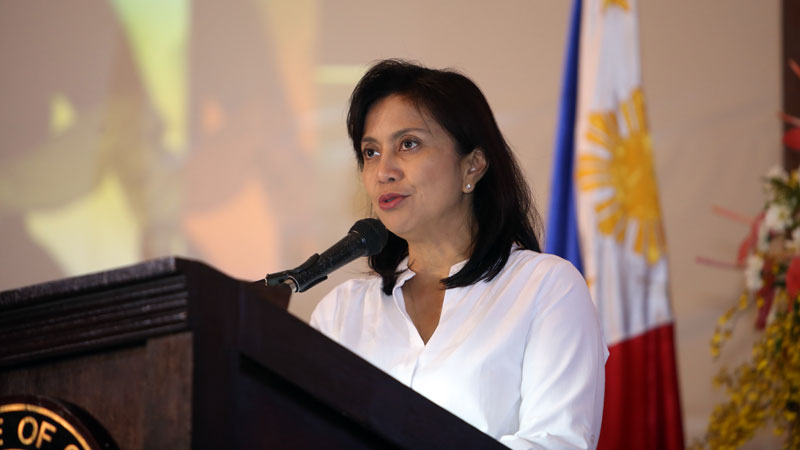 Representative of Camarines Sur 3rd District Maria Leonor "Leni" Robredo admitted that she is more interested in running for the senate on this incoming May, 2016 election rather than running for the vice president.

The 50-year-old widow of the former Department of Interior and Local Government (DILG) Secretary Jesse M. Robredo has become a spokesperson for the group of young people and some sectors of Imus and Dasmariñas City, Cavite, announced it recently.

Congresswoman Robredo became speaker of the Fourth General Trias Youth Leaders’ Summit at the Lyceum of the Philippines (LPU) campus and the Department of Social Welfare and Development (DSWD) -initiative Welfare and Assistance Program in Imus, and interacted with the officers and residents of Kadiwa market in Dasmariñas City.

Robredo said that if by chance, she would rather tend in the Senate than to be vice president, which for her was a "huge responsibility".

Everyone shows their admiration for Robredo, a lawyer, mother of three children, a wife of the late DILG Sec. Jesse, as she discussed humility, simplicity, good governance and without corruption. The kind of "tsinelas" leadership [slipper] was handed by her husband since Jesse M. Robredo attained the office as mayor of Naga City until he become the secretary of the DILG.

"The 'tsinelas' leadership was difficult at first, especially on the aspect of reform and change, but being honest, simple, beautiful and good governance will be the path to progress."

Robredo had mixed feelings when urged by some members of the Liberal Party (LP) to run as vice president because there are some other issues that must be considered first. For her she mentioned, she needs more experience and must get known to the public.

Thank you for reading Congresswoman Leni Robredo May Run for Senatorial Bid posted on the website Kwentology if you want to redistribute this article please include the link as the source. Have some kuwento to share? Contact us!