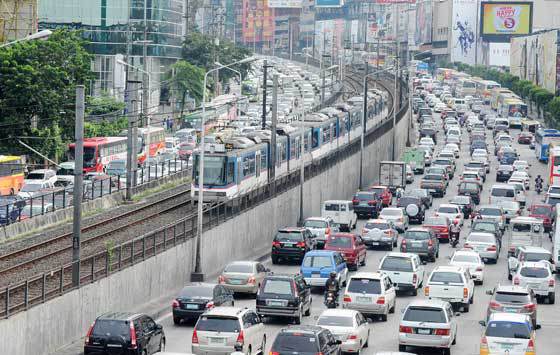 The Metro Manila Development Authority (MMDA) admitted that it will take 15 years for them to alleviate the horrible traffic in Mega Manila.


The Mega Manila is composed of Metro Manila and nearby provinces like Bulacan, Rizal, Laguna and Cavite.

In 2030, MMDA will exert a plan for Mega Manila to ensure getting rid of the hellish traffic.


Non-stop Alibi to Get Traffic Resolve

Does it seems like MMDA and the government itself are close-minded against the traffic?

And if our speculation is correct, the deployment of traffic enforcer and policemen were possibly the best thing the government has ever did? Well, I guess it's more acceptable, though, we need them as authority that guides and control the flow of the traffic.

I do hope that government and MMDA could come up with a better resolve. 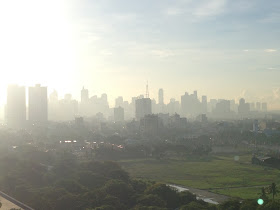 Because of this statement from the MMDA, air pollution in Mega Manila reach to our attention. According to Dr. Leo Olarte, chairman of the Coalition of Clean Air Advocates of the Philippines, 80 percent of air pollution in Metro Manila comes from the air emitted by vehicles. When you stuck in traffic for hours inside of your air-conditioned car, you can get suffocated due to poisoning air mixed from exhaust of your own car. The coalition resort this sample to contradict Transportation Sec. Joseph Emilio Abaya who stated, "although the traffic causes inconvenience, it's not fatal" [bagama’t nakapeperhuwisyo ang trapik, hindi naman ito nakamamatay].

As we can see, Abaya's testimony is opposite in reality. Misunderstanding, even physical assaults between motorists occurred because of heavy traffic. Moreover, MMDA traffic enforcers and policemen killed for lack of consideration or practicing extortion.

Contrary to claims of MMDA Chairman Francis Tolentino, within 15 years there are too many ways we can try to ease the traffic. Going around the city of Pasay, Manila and Quezon City, there are road inside that are too spacious that were end up in wrong purpose.

Current MMDA officials and government administration are both impotence for saying that it will take 15 years for them to reduce the traffic problems in Mega Manila.

Thank you for reading MMDA Confirms It Will Take 15 Years or More for Us to Get Rid of this Hellish Traffic and Pollution posted on the website Kwentology if you want to redistribute this article please include the link as the source. Have some kuwento to share? Contact us!