The First Ever Bible in the World ~ Kwentology 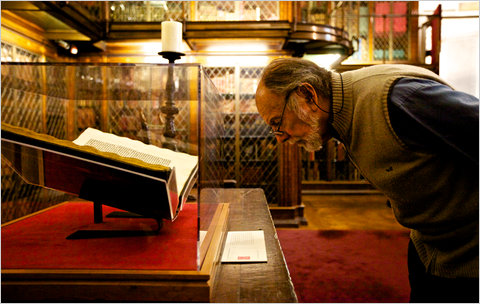 The First Ever Bible in the World

It was August 24, 1456 when Johannes Gutenberg completed printing the throughout 42-line Bible, a project he began in Mainz, Germany for four years. Gutenberg used his invented printing press, movable components were used to put ink into the paper to create more copies. Also, this setup was employed with a holding matrix to facilitate the printing of any letter.


In original copies, the Gutenberg Bible has almost 180, 135 of them are on paper print while the remaining 45 are in the high-quality parchment.

The secret method of printing made by Gutenberg was revealed in 1483, every major country in Europe has its printing press. Since printing has become widely known, common people were given opportunity to study and read the Bible, not just scholars and monks.

However, it was opposed by the Catholic Church, thinking that printing numbers of Bible will reduce the power and influence of the church. Pope Leo X called for the censorship and "supervision" for the books that were published in 1515. However, today religious groups favored to print and spread the Bible around the world.

Thank you for reading The First Ever Bible in the World posted on the website Kwentology if you want to redistribute this article please include the link as the source. Have some kuwento to share? Contact us!