UFC 195 The Fight Between Ronda Rousey versus Holly Holm ~ Kwentology 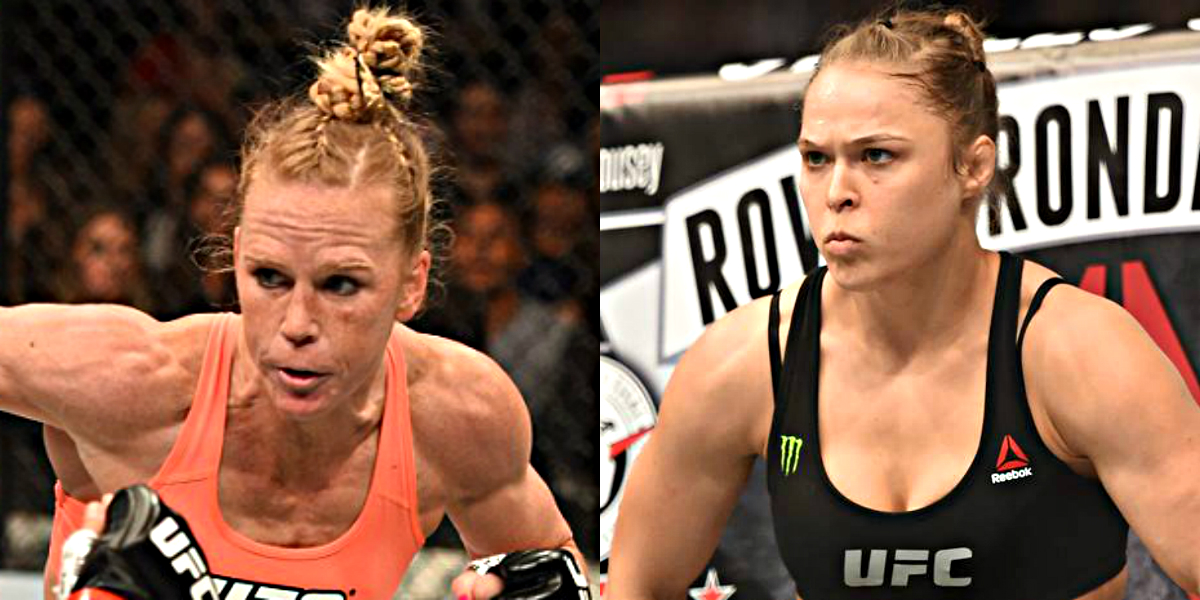 UFC 195 The Fight Between Ronda Rousey versus Holly Holm

UFC women's bantamweight champion Ronda Rousey told the people that she is very excited to face the former pro boxer Holly Holm inside the ring on UFC 195 to be held at the MGM Grand Garden Arena in Las Vegas on January 2, 2016. She sees this very event as the biggest challenge of her entire UFC career.

However, Miesha Tate was disappointed, considered as one of the top-ranked contender. Publicly, few weeks after, there were rumors for their incoming bout. But this might not going to go anywhere since Rousey confirmed on "Good Morning America" that her opponent is Holm. Of all Rousey's opponents, Tate was the only one who survived the first round (17-5).

Tate said in MMAFighting through her manager, Josh Jones, she was disappointed. For her next match it should be Rousey. Tate was initially reported as Rousey's next challenger, after Tate wins against Beth Correia on UFC 184.

"I was told after my last win that I had earned the title shot," says Tate.

Tate also admitted she began to practicing again for a rematch with Rousey. So, the sudden change is a major blow not only for her but also to the whole team, fans and sponsors seeking title for the fighter.

Before this confirmation, UFC President Dana White guaranteed to the fans that there will be a third fight between Tate and Rousey. White explained that in the initial conversation, the name of Tate was prospected to be the next Rousey's opponent. But also admitted that the public already watched these two inside the ring. The intriguing fight of Rousey versus Holm adds more action for the viewers.

Thank you for reading UFC 195 The Fight Between Ronda Rousey versus Holly Holm posted on the website Kwentology if you want to redistribute this article please include the link as the source. Have some kuwento to share? Contact us!