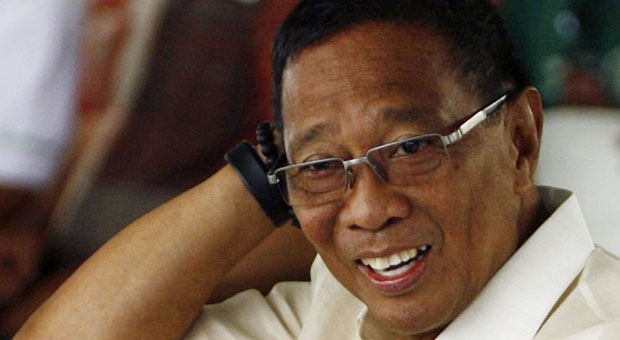 
It may sounds crazy but Vice President Jejomar Binay really did mentioning to start People Power in EDSA if ever someone cheated him on the 2016 Election.

An emphatic statement of United Nationalist Alliance (UNA) standard bearer, Vice President Jejomar Binay, if he is defeated in the May 2016 presidential election by his opponent by means of cheating.


"If I lose because of cheating, you can expect me in the streets."

When he was asked how huge the number of individual he can gather to walk with him in EDSA the event he learns his failure to be seated in Malacañang Palace was due to the dirty electoral tricks? Binay answered that people should not forget the past. Binay added that he was the chief mobilize for demonstrations during the time of former President Corazon “Cory” Aquino.


"I know how to call for rallies. I remember President Cory."

When there were people movements after the snap election, they always asked Binay to do a favor. For him, at that time, he used to be a moderator between people and the government.

Binay admitted that he has intense concern in the possibility of frauds this next year's election. He is hoping for a clean election and urging COMELEC to strictly implement the law.

Also, Vice President expressed his fear for the possibility that the current administration will seek as far as spending our government funds just for the exposure of their campaigning candidates.

Thank you for reading Binay to Lead People Power in EDSA if Defeated in Presidential Election posted on the website Kwentology if you want to redistribute this article please include the link as the source. Have some kuwento to share? Contact us!