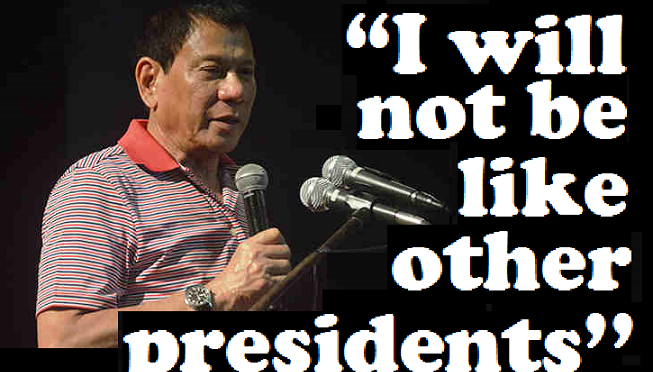 Today at 4PM, in one of the city's hotel, Davao City Mayor Rodrigo Duterte made an important announcement.

The camp of the mayor didn't disclose any details about it.

The official chief aide Lawrence "Bong" Go did not spoke any information as Duterte requested for confidentially.

Consequently, many people believe that Mayor Duterte already announced his final decision regarding on the 2016 presidential race.

As we remember last August 28, thousands of Duterte supporters across the country even abroad participated in the culmination of the nationwide "Run Duterte Run" caravan which first staged in Davao.

It is said that an estimated 19-million people not only in the Philippines but also those Filipino working abroad expressed their support for the candidacy of the mayor.

Thank you for reading Did Davao City Mayor Rodrigo Duterte Secretly Declared His Presidential Race for 2016 Election? posted on the website Kwentology if you want to redistribute this article please include the link as the source. Have some kuwento to share? Contact us!