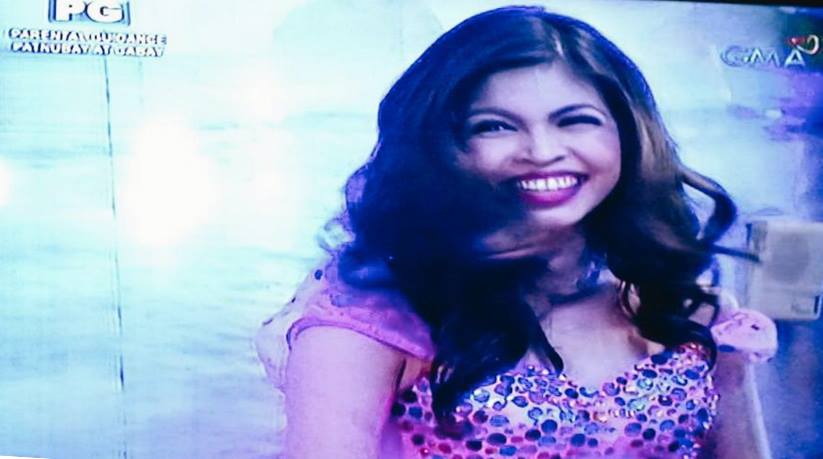 Yesterday, both Alden and Yaya Dub take part for wildcard edition of "Bulaga Pa More, Dabarkads Pa More", a well-performed production number of both that really amazed millions of their fans.
But as the fight-for-love has started, Lola Nidora (Wally Bayola) went to Alden inside the studio, had her word for the young man that it's hopeless for him to see Yaya Dub.

However, after their showdown, Alden immediately look for Yaya Dub in the studio and shortly after the two met, of course... overjoyed. But when the loveteam is about grasp each other's arms, they suddenly blocked by walls, as expected it's all Lola Nidora's doing.

Lola Nidora was enraged because AlDub failed in their promise of not to insist for the lover's reunion. For Lola Nidora, her trust for them has been broken.

While Lola Nidora is bitter for the two who staged for their love, Alden and Yaya Dub are both in tears, regretting for that very chance. But just a moment, a masked-man suddenly abducted Yaya Dub. Lola Nidora and Alden go after but the kidnapper escaped.

The viewers blamed Lola Nidora's Rogelios because they overlooked Yaya Dub on her selfie-taking with Joey de Leon and Allan K. What happens with Yaya Dub, well, let's see on the continuation of Eat Bulaga kalyeserye.

Meanwhile, the AlDub beat their last record of 3.6 million tweets AlDub for #ALDUBMaidenHeaven in Aug. 29 on Twitter after making more than 3.89 million tweets (past 3PM) ALDUBBATTLEForACause.

Thank you for reading Finally! Aldub Met, but Blocked by Lola Nidora posted on the website Kwentology if you want to redistribute this article please include the link as the source. Have some kuwento to share? Contact us!