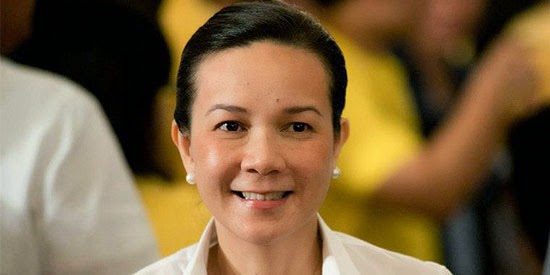 Grace Poe Confirms To Run for the Presidency this 2016 Election

Sen. Grace Poe already declared herself to run for the presidency in the 2016 elections. The senator made the confirmation on the "Bahay ng Alumni" in the University of the Philippines (UP) - Diliman, Quezon City.

Sen. Poe stand on her supporters, she summarized her plans to establish when she reached the highest position after the election.


The top two on her priorities are improvements on the educational system and enactment of the Freedom of Information (FOI) bill.

Other Goals of Grace Poe

Along with her supporters, Sen. Poe is supported by her entire family which include her husband, Neil Llamanzares, their children Brian, Hanna and Nika and her mother, the veteran actress Susan Roces.

Thank you for reading Grace Poe Confirms To Run for the Presidency this 2016 Election posted on the website Kwentology if you want to redistribute this article please include the link as the source. Have some kuwento to share? Contact us!