Watch! OFW in Kuwait Dead After Falling from the Building ~ Kwentology 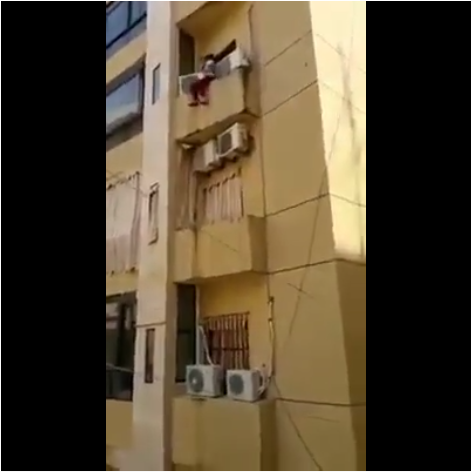 Watch! OFW in Kuwait Dead After Falling from the Building

An overseas Filipino worker (OFW) in Qortoba, Kuwait, was lifeless after fell from the building's 2nd-floor while trying to run away from her abusive employer.

Authorities identified victim as Mary Dessa Ballais Biron, a 23-year-old of Barangay Magcasuang, Babatngon Leyte. Based on the information gathered by Tacloban government, Biron was working as a domestic helper for four months in Kuwait but can't sustain being abused by her employers.

From the balcony in the second floor, she keeps dropping letters in which she is asking for the help to reach her family and agency.
Using a bed sheet, she tried to escape. A man, [maybe her employer] tried to grab her back, but she struggled on contrary and fell to her death. In an interview with the Oasia/Non-Stop Recruitment Agency, they already filed cases against Biron's employer and asking payment for the damages which is equivalent to her two years salary. In returning Biron's body back to Philippines, the agency also had their word to assist. The Overseas Workers Welfare Administration Regional Office-8 committed to provide assistance on her family and will conduct further investigation to seek the real story behind her death.

The family Biron is now on their way to Manila for recovering Mary Dessa's remains.

Thank you for reading Watch! OFW in Kuwait Dead After Falling from the Building posted on the website Kwentology if you want to redistribute this article please include the link as the source. Have some kuwento to share? Contact us!