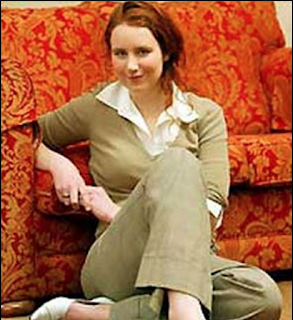 An 18-year-old Student, Sold Her Virginity to Pay School Debts

Rosie Reid, an 18-year-old woman, lives in London owes a lot of money on Bristol University. And if she didn't get it paid on time, school graduation for her is impossible. She took the course of Social Policy.

To have her problem resolved, she decided to auction her virginity (via Internet) at a cost of £8,400.

Many netizens participated in that auction, around 2,000 were men. Until an engineer won the bidding. The man is 46 years old, divorced and has two children.

The man immediately pay £8,400, Reid's only hope to pay her debts. Before Reid going into such decision, she made countless of reconsideration. If ever she failed to pay the £15,000 owed from that university, staging her graduation is hopeless. Auctioning her virginity is the only way she knows to solve her problems.

She is a student, but her salary is not enough to pay off such large debts. Until she thought that way. Why not? She is a certified virgin and no man had ever touched her. But Reid admitted that she has a lesbian lover. Until the moment that she had to surrender such womanhood to the man who bought it.

That occurred in a hotel in Euston. That's the very first time that she have to sleep with a man in bed. Reid admitted that she was nervous and scared. "Horrible!" as she speak. But she must comply with the agreement. She can't back off from their deal as the man already paid her. The man successfully seized her virginity.

After having such intimate moment, she wept and bursted into tears. Reid added that before the day she needs to submit her virginity, her lesbian partner was in the other room alone and crying. Her lesbian partner checked-in on that hotel few days before and after the deal was completed.
When the two of them met (lesbian partner) after being deflorated, they have no choice but to cry altogether.

Thank you for reading An 18-year-old Student, Sold Her Virginity to Pay School Debts posted on the website Kwentology if you want to redistribute this article please include the link as the source. Have some kuwento to share? Contact us!