Not Capable for the Job! A Man Filed Petition to Disqualify Manny Pacquiao Candidacy ~ Kwentology 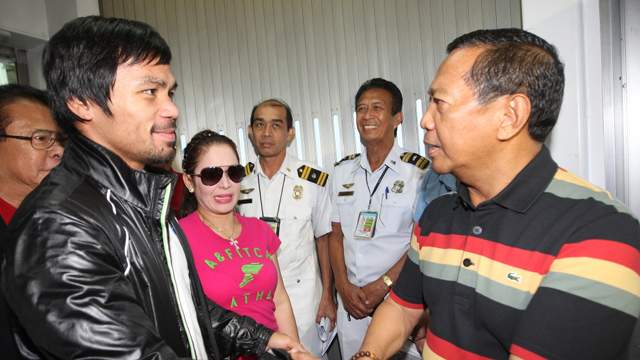 Not Capable for the Job! A Man Filed Petition to Disqualify Manny Pacquiao Candidacy

A private petitioner filed a case on Comelec to disqualify the certificate of candidacy (CoC) of Sarangani Rep. Manny Pacquiao for the 2016 senatorial elections. Based on the petition of Ferdinand Sevilla, Pacquiao should be slash away from list of candidates and declare his as nuisance candidate. The petitioner stressed that Pacquiao has no right to run for higher position because he lacks of qualifications.

Also, one of the legislators with the most absences in the House of Representatives is our Pinoy boxing superstar.


Obviously, Pacquiao's participation in the debate about the Reproductive Health Bill revealed that he is not capable to produce valid questions, he just keep repeating questions that were previously asked by his fellow congressmen.

Pacquiao is one of the candidates for senator under the United Nationalist Alliance (UNA), headed by Vice President Jojo Binay.

Thank you for reading Not Capable for the Job! A Man Filed Petition to Disqualify Manny Pacquiao Candidacy posted on the website Kwentology if you want to redistribute this article please include the link as the source. Have some kuwento to share? Contact us!