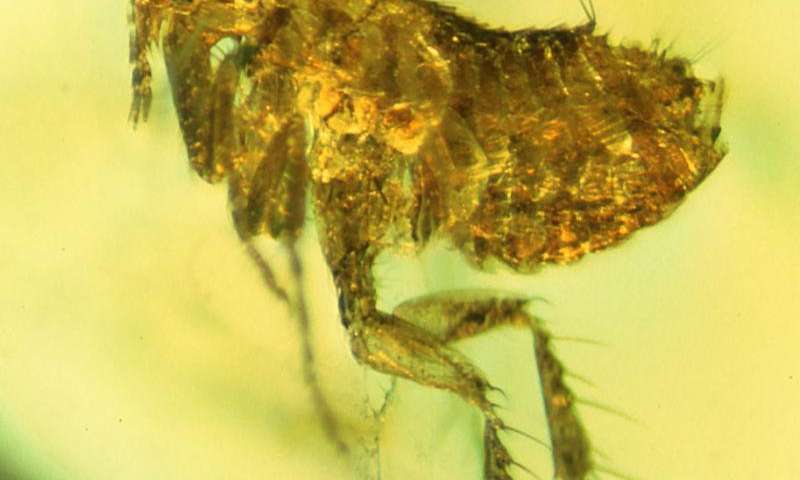 Scientist believe that a 20-million year old flea fully preserved in amber may have carried the breed to one of the world's deadliest plaques.

Based on the research published this week in the Journal of Medical Entomology. Scientists have found an ancient strain of Yersinia pestis, a type of bacteria responsible for the Bubonic plague.

The Bubonic plague is the main reason why more than a third of Europe's population died from the so-called Black Death in the 14th century.

The droplets of the bacteria were found on the flea's proboscis and in its rectum.

Scientist author George Poinar, Jr., an entomology researcher in the College of Science at Oregon State University study the size, shape, and characteristics of the bacteria found in flea. He concluded that the features were consistent with evolved forms of the Bubonic plague bacteria.

Since then, scientists thought that fleas became disease carriers only around twenty thousand years ago. If the research is correct, this explains that the plague is an ancient disease that potentially caused some animal extinction long before humans existed here on Earth.

Thank you for reading 20 Million Year Old Fossilized Flea Possibly Brought Black Death Long Before Human Existed posted on the website Kwentology if you want to redistribute this article please include the link as the source. Have some kuwento to share? Contact us!