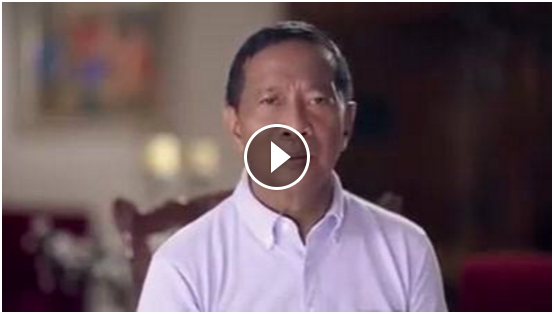 The people of Makati were disappointed about Jejomar Binay campaign ads appearing on the television. In his political ads, Jejomar Binay gambled by displaying such person being socially discriminated, he even have to call himself "nognog" [black] and "pandak" [short].


Now, people living in Makati asking Binay if he already have forgotten where are those money came from? And does he ever notice that he is the next highest officer to make progress other than Makati? For 6 years still Makati?

Despite being "nognog at pandak", the Vice President considered every Senior Citizen in Makati as VIP. Binay also added that he is the only genuine politician who provided scholarships to many young people and countless public services for the people of Makati.

Anyway, we could expect more political propaganda in the next few days until the campaign period is finished. However, we should bear in mind that we must have a stable decision-making, especially in selecting our winning-candidates for they are the people who will rule for the next 6 years.

Thank you for reading Binay Campaign TV Ads is a Big Insult for People of Makati [Watch] posted on the website Kwentology if you want to redistribute this article please include the link as the source. Have some kuwento to share? Contact us!