Territorial Dispute; USA and Philippines Against China. How Many Islands Chinese Occupied So Far? ~ Kwentology 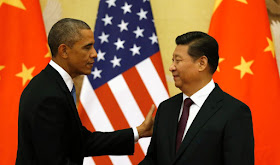 Territorial Dispute; USA and Philippines Against China. How Many Islands Chinese Occupied So Far?

The US officials, including President Barack Obama, already made countless of objection to China due to their aggressive movement in the West Philippine Sea (WPS) and other neighboring countries. Also, US expressed support for the Philippines in its efforts to resolve the issue by peaceful means, and the strengthening of its own forces before the China takes everything by force.

However, what we expected to happen on the conference between Obama and President Xi Jinping in Washington on September 25 didn't occurred. They focus their attention to the cyber crime, which affects US companies, and issues regarding the West Philippine Sea conflict wasn't mentioned at all.

On the further information about that session, Reuters reported that the US still coming up ways to stop China on its run-in on the West Philippine Sea. While Xi said that China only defending its sovereignty to the claimed territory.


In some experts view, that meet up confirmed what are people speculating...

Philippines and other countries should not expect protection from the US, especially to take part of the West Philippine Sea, even though that area is recognized by international law as part of the Exclusive Economic Zone (EEZ) of the Philippines.

The day the two leaders made their discussion, Business Insider reported that based on information from IHS Jane's Defense Weekly, China completed its major runway in Fiery Cross Reef.

China also tried to stop the Philippine Navy ship for several times while making its delivery for food and other necessities to those soldiers designated in Sierra Madre.

Even the fishermen from Pangasinan and Zambales complaining that Chinese keeps blocking them from fishing in Scarborough Shoal or Bajo de Masinloc, which is just less than 200 miles away in the town of Masinloc in Zambales. 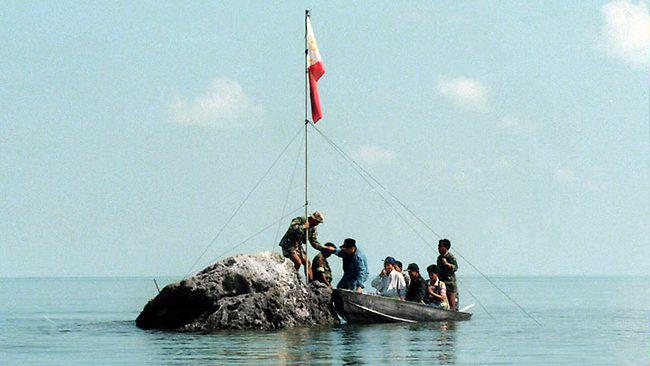 According to Supreme Court Associate Justice Antonio Carpio, one of the Philippine representatives expressed the country's position in the Permanent Court of Arbitration in The Hague last July, the Scarborough Shoal is part of the Philippines and can't ever be part of China. On his evidence presented, the oldest map known in the world made by the Spanish priest Pedro Murillo and first released in 1734. The map described how is the Scarborough Shoal belongs to Philippines.
However filing complaints against China at the Arbitrary Court will not stop its aggressive movements. According to reports, China continue its reclamation on the West Philippine Sea. We can not expect that this conflict will soon be ended ever before Malacañang Palace change its administration in June 2016. In the views of many, this is the biggest issue of international policy will be facing by the new president after the election next year.

Thank you for reading Territorial Dispute; USA and Philippines Against China. How Many Islands Chinese Occupied So Far? posted on the website Kwentology if you want to redistribute this article please include the link as the source. Have some kuwento to share? Contact us!