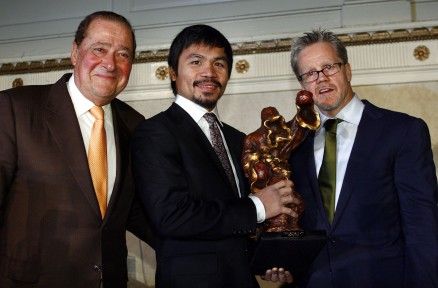 The final fight for Manny "PacMan" Pacquiao would be the April 9, 2016. The final battle for the retirement of eight-division world champion Manny Pacquiao.

This was announced by Top Rank Promotions CEO Bob Arum after a meeting with Pacquiao in New York last week.

Pacquiao requested that his last fight should April 9 just before the Philippine national election in May 2015 in which he will run for senator.

Some of those on the list were;
For the next incoming weeks, Arum will be announcing the final decision about who will be the contender in last fight of Pacquiao.

Thank you for reading The Last Fight of Manny "PacMan" Pacquiao posted on the website Kwentology if you want to redistribute this article please include the link as the source. Have some kuwento to share? Contact us!