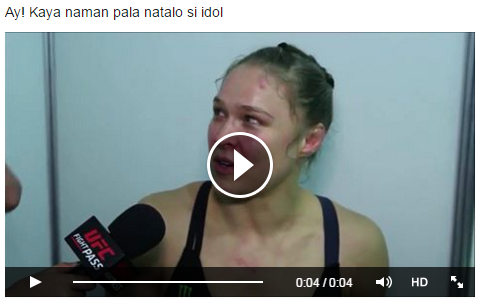 A video circulating on Facebook with brief textual introduction that Ronda Rousey allegedly explaining to the press why she lose against Holly Holm is making round on the Facebook.

On the video, audio recording was so very low that you can't barely hear a thing.
But just a few seconds of listening, right at the middle of the film you will learn why it has become viral. It went from 7,000 views to 25,000 within 2 mins.

The video uploaded by Ceejay Ah-See has a total of 3.7 million views as of the writing has a caption of...


Rousey says she was paid to let Holm win...

If you eager to learn what really is behind this viral video then please proceed with caution.


Rousey says she was paid to let Holm win... 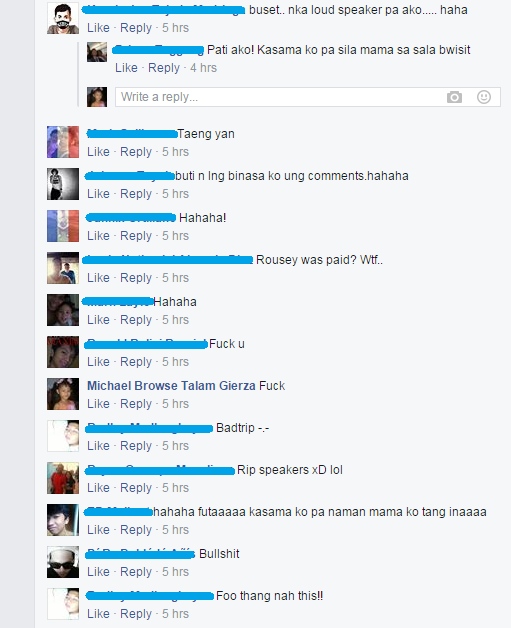 Thank you for reading Ronda Rousey Epic Failed Video Explaining Herself Why She Loses to Holly Holm Becomes Viral on Facebook posted on the website Kwentology if you want to redistribute this article please include the link as the source. Have some kuwento to share? Contact us!