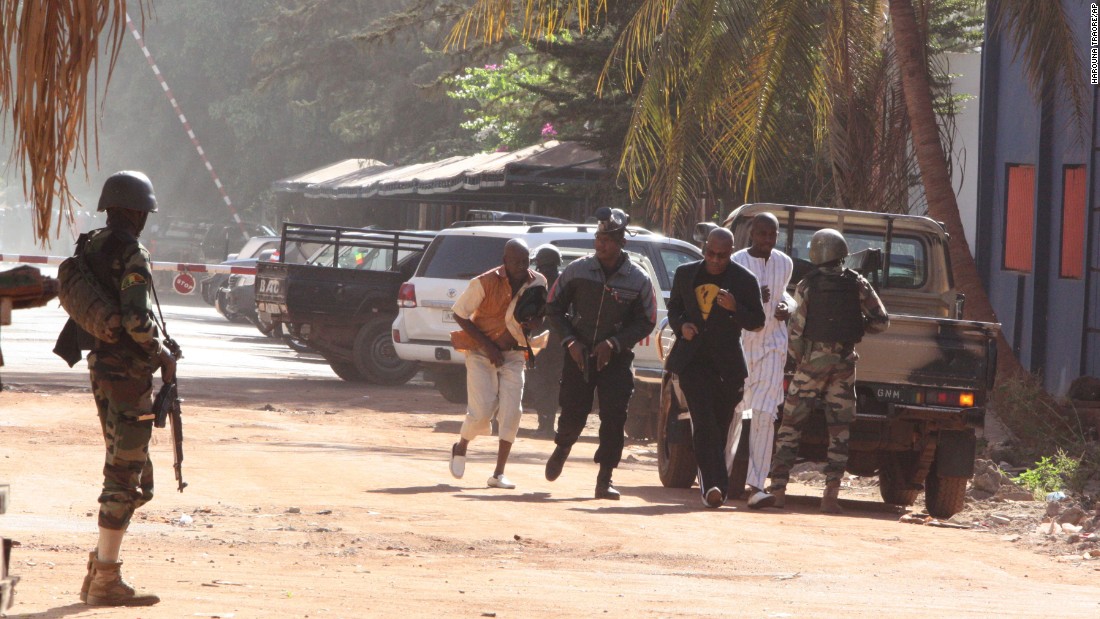 However, after authorities successfully get inside the hotel. They've confirmed more lifeless bodies were found.

Meanwhile, in a separate statement, the Malian army commander said that 20 hostages were already released. Terrorists breached the hotel and indiscriminately opened fire before taking the victims as their hostages. One of these terrorists did yelled "Allahu akbar" as witnesses explained.


The hostages include 140 guests and 30 employees of the hotel.

The hotel is then surrounded by the soldiers.

It was just a week after the terror attack in Paris, France, killing more than 100 people.

Thank you for reading Mali Hostage Crisis Yet Another Terror Attack posted on the website Kwentology if you want to redistribute this article please include the link as the source. Have some kuwento to share? Contact us!