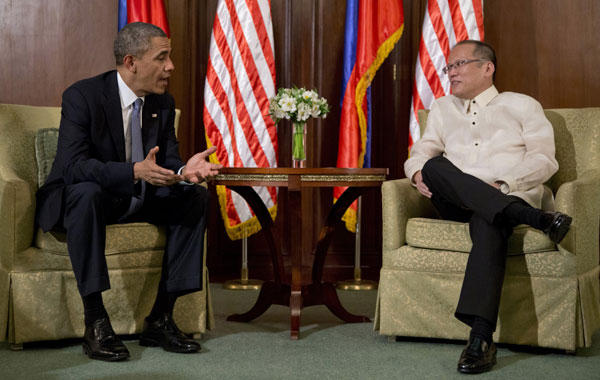 US Ambassador Philip Goldberg confirmed that President Benigno Aquino will be having a bilateral meeting with US President Barrack Obama during the APEC Leaders Summit next week.

According to Goldberg, whenever there is APEC Summit, short meetings is always bound to happen between the host country and any other country [participant] to strengthen their relationship.

It is expected that the two leaders will be discussing the issue of security relationship and alliance. This is inevitable since both countries are interested, as well as the issue of climate change, economic status of the Philippines and the United States.

There is also a huge possibility that the controversial Enhance Defense Cooperation Agreement (EDCA) will be deliberated during the bilateral meeting. However, Goldberg added they are still waiting for the Supreme Court to decide about this issue.

In recent days, the majority of the senators passed a resolution to oppose EDCA as the said treaty is incomplete that must be reviewed first by the Senate.

In bilateral meetings, usual agendas only targeting economic issues, not political matters and military problem, to strengthen the relations between the two countries.

Thank you for reading Obama and Aquino Bilateral Meeting During APEC posted on the website Kwentology if you want to redistribute this article please include the link as the source. Have some kuwento to share? Contact us!