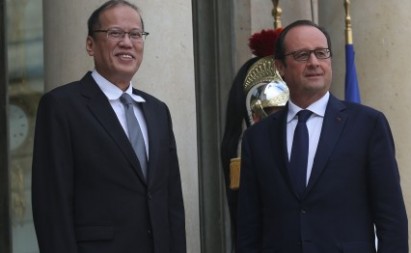 Yesterday, despite of the terrorist attacks that killed more than 100 people, President Aquino confirmed that he's going to travel Paris, France.

In the APEC CEO Summit, President Aquino announced that he will be attending the "COP21," a climate change forum, four days after the ASEAN Summit, the last week of November.

After the trip of President Aquino on France, he has two more trips scheduled abroad covering his remaining term as president.

Thank you for reading President Aquino to Visit France this Month posted on the website Kwentology if you want to redistribute this article please include the link as the source. Have some kuwento to share? Contact us!