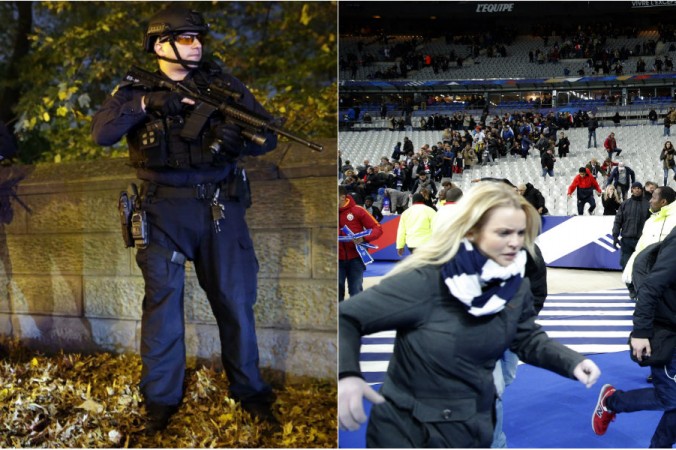 A series of terror attacks were set targeting the young concert-goers, soccer fans and Parisian who love to enjoy most of the famous nightspots. Islamic terrorism shocked the world by Friday night after more than 120 people killed in the worst violence in France since the last World War II. President Francois Hollande denounced terrorism and vowed to stand the nation against its enemies.

The terrible bombing occurred in a concert hall where the show for American rock band was held, they took 100 people as hostages and terrorist ended the standoff by setting up massive explosion.

After the attacks, Agnes Thibault-Lecuivre, spokesperson of the Paris prosecutor, told the Associated Press that eight suspects were killed—seven of them are suicide bomber, while the other one was killed by security forces in the music venue.

In six areas, including the national stadium and rows of popular nightspots, a total of 120 casualties were recorded.

Aside from Bataclan concert hall Islamic bombing, there were also three suicide bombing occurred outside the national stadium in the midst of the soccer match between the national teams of France and Germany.

Within a few minutes, according to Paris police chief Michel Cadot, another group of suspects indiscriminately fired bullets on row of cafés outside the Bataclan, before entering the premises and opened fire again. When the police arrived in the area, the suicide bombing set off.

Another suspected suicide bomber detonates a bomb on Boulevard Voltaire, which is closer to the music hall.

Although, none of any Islamic groups immediately claimed responsibility for these attacks, the jihadist praised the terrorists on Twitter, and criticized the French military operations against the Islamic State in Iraq and Syria. Witnesses told the investigators that before the terrorism started in the concert hall, they had heard those suspects screaming "Allahu Akbar".

Hollande declared a state of emergency and then closed all the country's borders. They also temporarily stopped the train operations on Metropolis, the streets apparently turned desolated as terror spread in the city. France still haven't yet forgotten the Charlie Hebdo attack happened 10 months ago.


"This is a terrible ordeal that again assails us," as Hollande spoke in his televised address. "We know where it comes from, who these criminals are, who these terrorists are."

In his speech in Washington, US President Barack Obama asserted that attacks on Paris is like an "attack on all humanity", and an "outrageous attempt to terrorize innocent civilians", before promising to do everything to bind perpetrators of the culprit.

Thank you for reading The Paris France Islamic Terrorist Bombing posted on the website Kwentology if you want to redistribute this article please include the link as the source. Have some kuwento to share? Contact us!