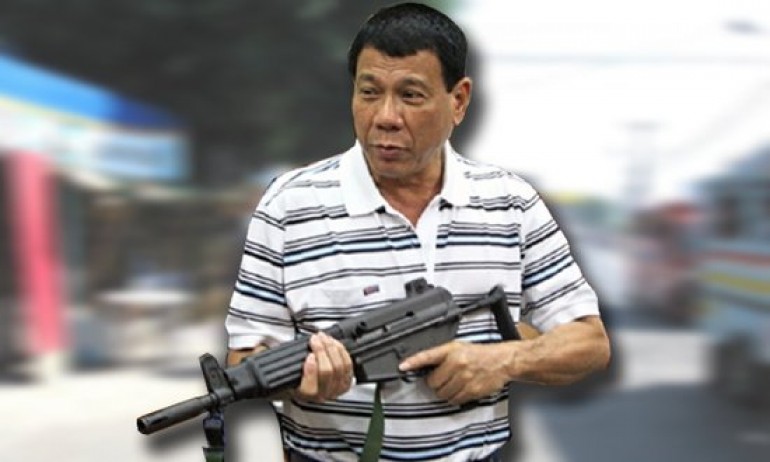 Previously, the Davao City Mayor Duterte announced that when he wins the seat of the presidency he will going to start using death penalty to stop crime rate. Duterte's priority is to end the era of illegal drugs, criminality, and the root of everything - the corruption. Death penalty is to be expected in the first three month or six months upon his presidential proclamation.

The criminality rate increases, for Duterte the main factor is the illegal drugs. Illegal drugs rise to its highest degree that this even considered as national security threat.

Duterte stated that he will going to exercise his ultimate power and influence as the president. Drug addiction is something that is easy to get into but hard to escape. Duterte added that it may even put the user into lifetime addiction. He will even utilize the military and police if it is necessary.

The Davao City Mayor has a solid stand to put death penalty into action and it became a normal thing. But again the people were completely surprise when the Mayor disclosed how the death penalty should be executed on his term. Instead of the typical lethal injection or electric chair which were previously used on the death penalty. Duterte announced that hanging in the public would be the best way for the restoration of the death penalty.


“I will recommend to Congress the restoration of death penalty by hanging in public,” Duterte said.

Duterte has the most influential leadership today compare to other presidentiables, his political will had led the Davao to zero casualty eversince he carried out the banned for the firecrackers.

Thank you for reading Hanging, Public Execution Duterte Plan When Death Penalty is Implemented posted on the website Kwentology if you want to redistribute this article please include the link as the source. Have some kuwento to share? Contact us!