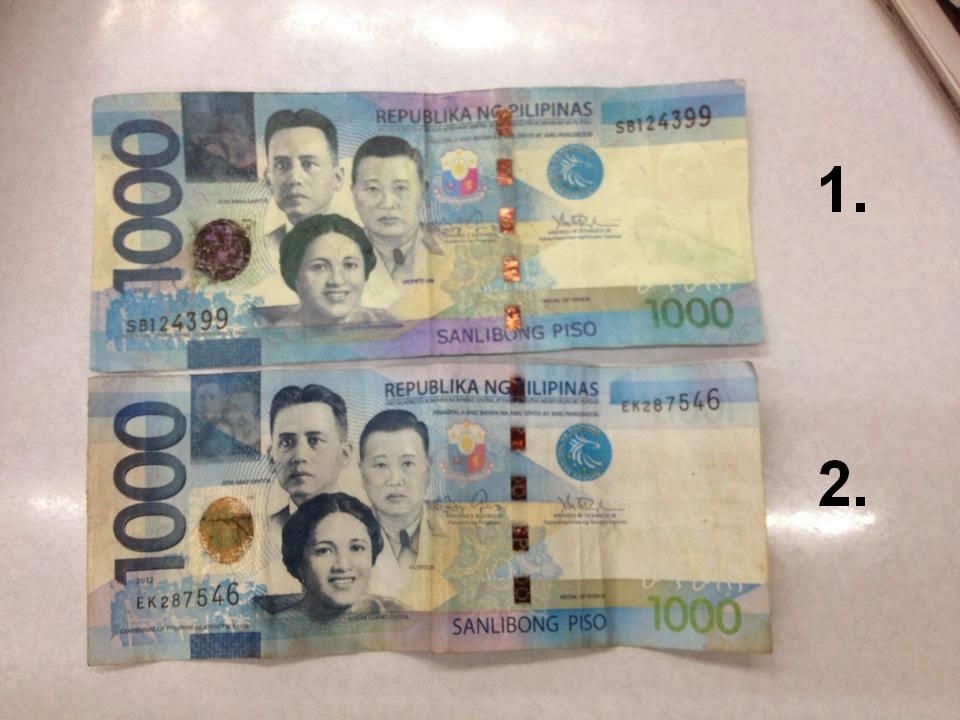 The Central Bank of the Philippines (BSP) called the attention of the public to be cautious against counterfeit money this holiday season.

Upon notification from the BSP, the syndicate behind the forgery of Philippine money remove the windowed security thread (WST) from the original or real money then place it to the fake money, particularly P500 and P1,000 bill.

The WST is a vertical broken band and thick silver stitches on legitimate money.


"This is done by pasting the extracted genuine WST on counterfeit banknotes P500 and P1,000," according to the BSP.

According to the BSP, the missing security threads in genuine bills are counterfeited by using a pen with a semi-gloss ink. Another trick to fake the money is by applying a glossy metallic paper to cover the spaces on WST.

BSP clarified that the genuine bills with counterfeit security thread has automatically lost its value and considered fake as well.

BSP advised the public to surrender the counterfeit money in the office of Currency Issue and Integrity Office in Cash Department of BSP , Diliman, Quezon City.

Thank you for reading When Philippine Money Losses Its Silver Security Thread Even Original is Now Considered Fake posted on the website Kwentology if you want to redistribute this article please include the link as the source. Have some kuwento to share? Contact us!