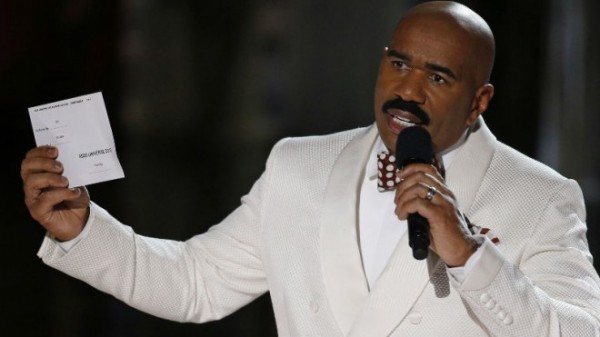 Messing Up Miss Universe is Not the End for Steve Harvey

Recently, Steve Harvey apologizes for the mix-up when he declared Miss Colombia as Miss Universe 2015 instead Miss Philippines. It gathered a tremendous attention in the social media were Netizens posted sharp, witty status update and comments to the host Steve Harvey's gaffe. Some sources says that Steve Harvey may have missed exercising his announcement—report for the Miss Universe winners.

Fortunately, it is not the end for the American television host. Before getting back his fame due to his mistake this year, Steve Harvey already signed a multi-year contract to host the next years of the Miss Universe pageant.

Entertainment Tonight have multiple sources confirming that the comedian-host signed a multi-year deal with Miss Universe days prior the beauty pageant aired live on Sunday in the US (Monday, Manila time). His deal of hosting the Miss Universe will last for estimated three years and good for at least three years.

People criticized Harvey on his honest mistake announcement declaring Miss Colombia as the grand winner. Within a few minutes he recalled the crown and give it to Miss Philippines, Pia Wurtzbach, as the real Miss Universe 2015.

Thank you for reading Messing Up Miss Universe is Not the End for Steve Harvey posted on the website Kwentology if you want to redistribute this article please include the link as the source. Have some kuwento to share? Contact us!