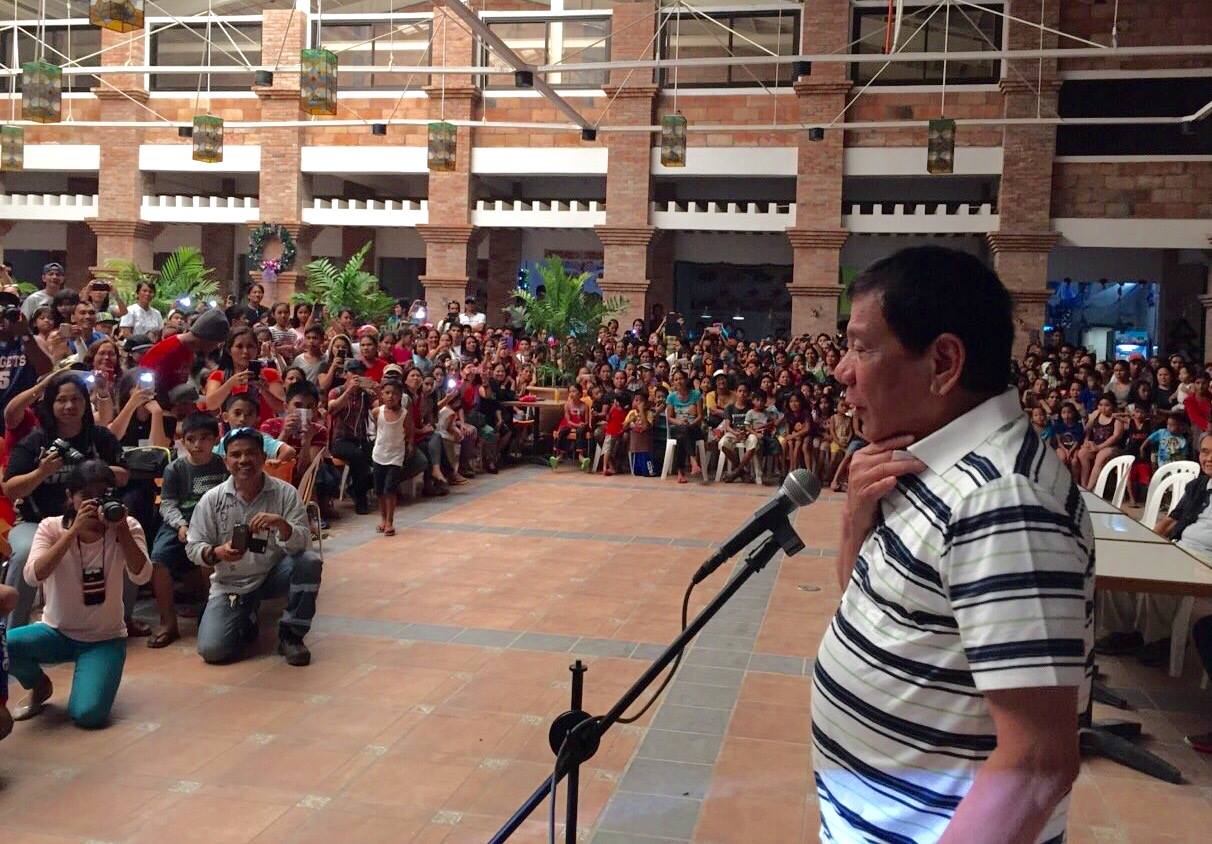 Mayor Rodrigo Duterte has been laying out his plans if ever he become the next president. One of which bringing back the death penalty in the Philippines. He even wanted to exercise hanging in the public for criminal execution. He promised to take down all syndicate who are involve in drug production, rapist, kidnappers, robbers and economic threats like smugglers.

Also, the Davao City Mayor will be implementing a nationwide ban for firecrackers.

With all these method we can guarantee that for at least criminality rate will soon decreases. He vowed to have these all take effect right after 3 to 6 months upon his presidential proclamation.


Youth with Serious Crime Must Ready for the Worst

Criminal offenses can't only be committed by adults, that's the fact. Anyone of any age can do so, depending on how the person engaged to it. For the most reasonable explanation teens somehow accounted to serious crimes like murder and rape. Drug addiction is also another factor why this comes to a cruel point. So, every person with at least minimum understanding about what is right and what is wrong should be wary. Taking responsibility to every action.

Criminal rates that involving teenager is really huge to this day. Duterte has a plan to have it resolved. Teens must not neglect the responsibility of crimes they tied up with. Simply reasoning is to stop breeding new generation of criminals here in Philippines. Discipline should start during youth.


Useless Law to be Terminated

Rody Duterte will propose to Congress the creation of criminal courts that is specialized solely for drug cases. Aside from reviving the death penalty, the presidential aspirant will terminate the Pangilinan Law, or much known as Juvenile Justice and Welfare Act of 2006. It is the law written by former senator Francisco Pangilinan who is currently running again for senatorial seat. The Juvenile Welfare Act is the law that protects the rights of minors who committed crimes. Underage who violated the law are safe against detention and imprisonment. Duterte stated that this law is stupid that only promotes criminality to the youth.

“It has not help the country at all but promoted criminality,” Duterte asserted.

The mayor admitted that it may sound dictatorial. So, he encourage people to vote for other presidentiables. If people are happy about the criminality that is rampant today, forget about Duterte. He is not fair to criminals that oppressing people.


Duterte After Losing the Election

Duterte has no eagerness for the presidential career. For the mayor, everything happened for a reason losing and winning is part of it. If he lose the race in this incoming election, not destined to be the president, he would accept it with all his heart. It may be the time for him to stop these visions.

The 70-year old mayor will retire from the politics, spend his remaining years into private living out of Davao City.

Thank you for reading Duterte to Trash Juvenile Welfare Act Which for Him Promotes Criminality to Youngsters posted on the website Kwentology if you want to redistribute this article please include the link as the source. Have some kuwento to share? Contact us!