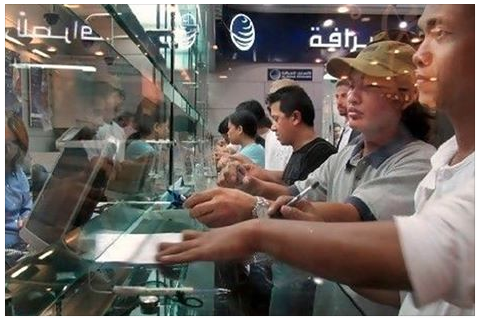 There were some reports circulating online especially on Facebook that Mar Roxas make his desperate move. A campaign or maybe vote buying targeting OFWs who are on the way sending money to their love ones there in the Philippines.

Filipino abroad were offered for free of charge on their remittances when they oath to vote Mar Roxas in this incoming election. One of which a Filipino abroad posted his odd experience on Facebook about Mar Roxas vote buying.

He went to one of the remittance center to sent $1000 to his dad. The teller asked him whose presidential aspirant will he going to vote for the next election. The OFW answered he hasn't made decision yet concerning who to choose to be his president. He also added that he is still undergoing further consideration to avoid regression in the end if he chooses the wrong one.

The teller asked him again another question, "In the last 2010 election, who was the presidentiable you voted?" The man affirmatively answered, "It was Aquino, of course!"

"You voted PNoy, so it means your going to vote Mar Roxas this time?," as the teller continues.

The teller however keep on convincing the OFW to say it would be Mar Roxas. The teller explained that if he say "Yes" and sign a paper confirming Mar Roxas would be the candidate to vote. The man can get an exclusive free of charge on the money he will be sending to Philippines.

The OFW was shocked at first but later come up with an idea that he better grab the opportunity since it's FREE.

He can't even imagine how Mar Roxas is desperate just to get OFW's votes. On the thoughts of many, they said just ignore it as long as you know deep in your heart your vote goes to the rightful one. Never sell your right and dignity by voting those false and fake leaders! Politics is a dirty business so we must not be surprise. The wound that Bukas-Balikbayan-Boxes brought is not yet been healed.
The people asking where are those funds came from?

Is it really true? A hoax or something?

Some people claimed that Mar Roxas is frustrated to win this election that even the AFP experience the same thing.

Thank you for reading Early Vote Buying of Mar Roxas Which Targeting OFW Gone Viral posted on the website Kwentology if you want to redistribute this article please include the link as the source. Have some kuwento to share? Contact us!