Senator Grace Poe: The Fight is Not Yet Over ~ Kwentology 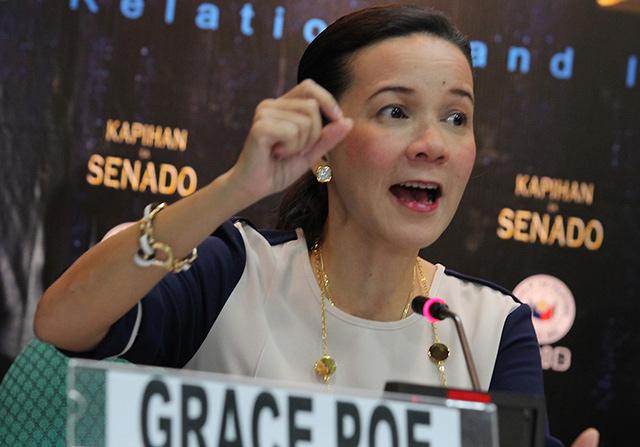 Senator Grace Poe: The Fight is Not Yet Over

Sen. Grace Poe certificate of candidacy (COC) was dismissed yesterday due to the incomplete 10-year residency rule when she applied for the dual-citizenship the past few years.

Grace Poe is upset on the decision of the Comelec Second Division but for her it's not the end of the process. She stated that she will continue to fight for the rights of foster children and the right of every citizens to choose their leader.

The senator believe that critics may have their involvement on the disqualification case filed against her. She know that some people would oppose her candidacy and will do everything to have her name excluded from the ballot. She supported her statement that this also happened when Fernando Poe Jr. (FPJ) ran for president.

Thank you for reading Senator Grace Poe: The Fight is Not Yet Over posted on the website Kwentology if you want to redistribute this article please include the link as the source. Have some kuwento to share? Contact us!