When Filipino Lost Its GMRC, Istribu is Now a Reserved Seat for Senior Citizens and PWDs ~ Kwentology 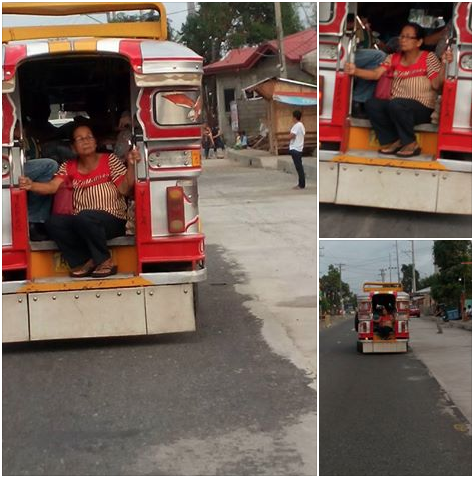 When Filipino Lost Its GMRC, Istribu is Now a Reserved Seat for Senior Citizens and PWDs

Filipino are known for being gentle and modest. That is something we earned from our foreparents, the people who came before us. Such as national heroes who fought to give us freedom which we enjoy until today. Although Filipinos suffered from slavery for hundreds of years this molded us to become a valuable person — the way we behave and the way we conduct.

It's awful to see how [we] sometime getting off-track on our morality. The reason why some people asking, "Where is your GMRC?"

If you are not aware of it, GMRC stands for Good Manners and Right Conduct. Before the 'Values Study' hit your curricular subjects at school. The first to employed was GMRC. We should not neglect it or else we are making ourselves disrespectful.

Anyway, the harshness of human-nature is inevitable the same goes to this old woman who ride on a jeepney. She is a chance passenger, all the seats are occupied so she ended sitting on the ladder of the jeep. The picture of a woman hanging on the ladder angers the netizen blaming how irresponsible the driver and passengers are. None of any gentlemen voluntarily offered seat for the woman.

So now, the ladder [istribu] is the reserved seat for senior citizens and persons with disabilities.

Around 5PM of December 17th, 2015, a jeepney bound to Tebag-Villa-Dagupan vice-versa took the elderly woman and allowed her to sit on the ladder. Even if she ride willingly on the ladder for it is her choice. Someone should protested to let her be inside of that jeep for safety. Or much better, male passengers show some masculinity providing a woman a better couch.

Both driver and the passenger are responsible for the woman's sake. It is either the driver have to refuse the woman, quit the greed or the passengers have to offered up.

It that situation, it is obvious that the driver is only after his commission and passenger stood the reasoning that they pay for the seat, fair-minded for them not to let anyone take it.

The woman spent being seated on the ladder riding from Jollibee Calasiao until she get off on Bued, Calasiao. Some netizens complaining that license for the driver must be terminated.

Thank you for reading When Filipino Lost Its GMRC, Istribu is Now a Reserved Seat for Senior Citizens and PWDs posted on the website Kwentology if you want to redistribute this article please include the link as the source. Have some kuwento to share? Contact us!