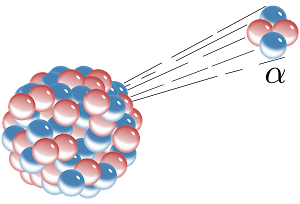 Recently, the “Periodic Table of Elements” was updated with newly added elements and their corresponding names. But before making such discoveries, scientists have to prove that what they have created were authentic new, super-heavy elements.

They started collecting evidence in a way of recording the radiation that’s coming out from the element as it breaks down. A series of alpha particles release that brings out radiation, these are basically helium nuclei, with 2 protons and 2 neutrons.

Each alpha particle has an atomic mass of 4, since then, experts can measure how many particles were emitted, they made a recap figuring out how big the atom was before.

Considering how big the nucleus, they can conclude how huge the energy there is in each of the emitted alpha particles.

After making such progress, they have gathered adequate evidence, and a new element has been created.

The International Union of Pure and Applied Chemistry will process the stamp of approval once the official entity decide for these matters.

Thank you for reading How Scientists Verify a Newly Discovered Element posted on the website Kwentology if you want to redistribute this article please include the link as the source. Have some kuwento to share? Contact us!