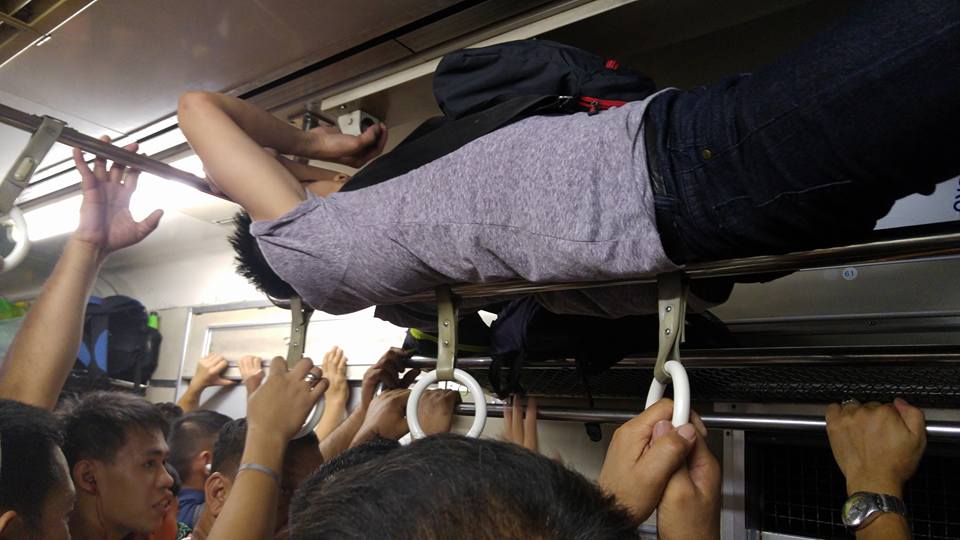 Riding trains such as LRT, MRT, and PNR is not an easy thing for everyday commuters. The trains running out of space during the rush hour. Finding the most desirable spot for the entire trip is a little bit challenging.

The viral photo of this passenger who took the PNR luggage compartment as the most comfortable place was uploaded by a Facebook user named Edmer Bade Dhel.

According to Edmer Bade Dhel, right after the train reached the FTI station the guy immediately climbed up the compartment and none of any passenger had a chance stop him. Surprised and amazed, other commuters just laughed about it.

Government owned and managed PNR trains offer service to up 70,000 passengers per day.

Thank you for reading Overcrowded PNR Train this Guy Find his Cozy Space in a Luggage Compartment posted on the website Kwentology if you want to redistribute this article please include the link as the source. Have some kuwento to share? Contact us!