Duterte: 'Even If I Have to Force Myself to be Mean' ~ Kwentology 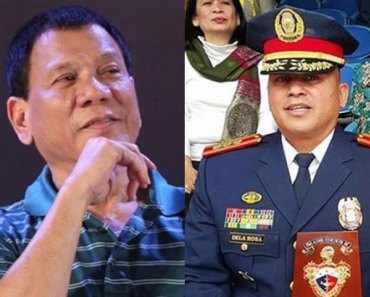 Duterte: 'Even If I Have to Force Myself to be Mean'

Today's new Philippine President Rodrigo Duterte clearly stated that he will go all out and willing to do any extreme procedure to achieve the goal of eradicating excessive criminality, especially to those members of the police involved in the kidnapping and illegal drugs.

In the assumption of command ceremony for the new Philippine National Police (PNP) chief Ronald 'Bato' dela Rosa. President Duterte lead the event in Camp Crame and asserted how optimistic he is in eliminating crimes and illegal drugs as soon as possible.

But according to President Duterte, if police do the right job, he is willing to lose his own life protecting them.

If police killed thousand of criminals because of crime fighting, and he faces impeachment complaints, he will voluntarily step down as the president, and put himself in the same shoes to defend his loyal servicemen.

Thank you for reading Duterte: 'Even If I Have to Force Myself to be Mean' posted on the website Kwentology if you want to redistribute this article please include the link as the source. Have some kuwento to share? Contact us!