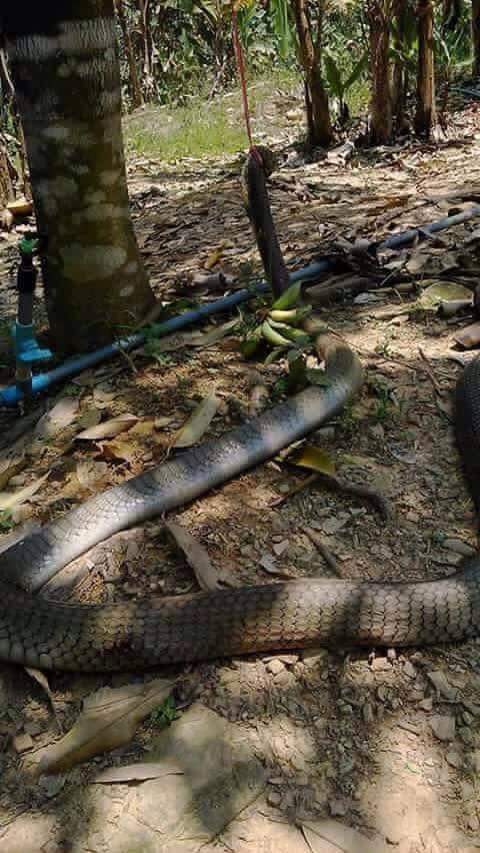 Today, there are two photos circulating on Facebook with caption of "King Cobra of the World" to said captured in Agusan Del Norte.

King cobra is one of the world's longest venomous snake, with a length from 18.5 up to 18.8 ft (5.6 to 5.7 m). But images like these could be fake, just another social media hype. However, whoever took these photos can only be the sole person to prove its authenticity. 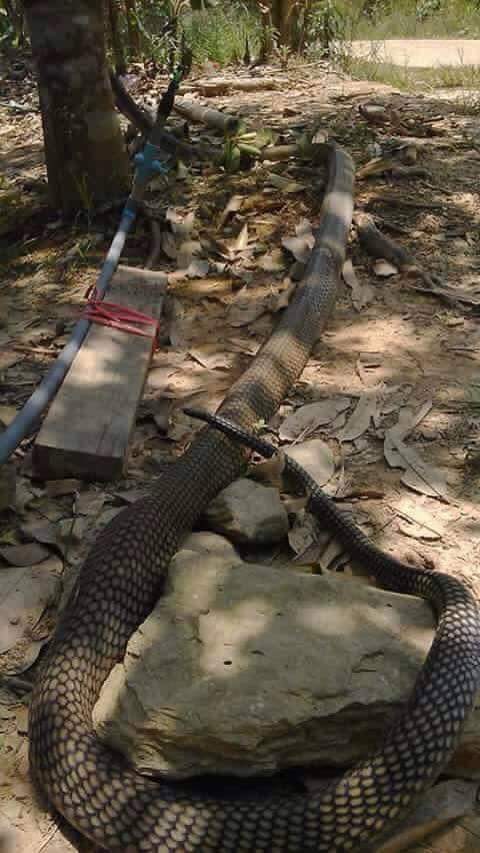 Do you remember the famous crocodile Lolong, which was captured in Agusan Del Sur? Notably, Agusan may be the home for these bizarre reptiles.

Some pet lovers online criticized the killing saying that snakes are here for a reason. Snake keepers stated that they don't keep these animals just for amusement, its the passion. People tend to see the negative things about snakes killing them in instant. Stupidity truly can lead this creatures to extinction. Netizens also exclaimed the fact that going back to our grade school days we already learnt the basis of food web, food chain, and balance of nature.

Since humans population rapidly increases snake's territory were destroyed and encountering these animals on our way may be a common case for today.


No, Bro. I do not consider them "bugok". In fact, some of these people are highly professionals like Accountants, Doctors, Lawyers, and Politicians. Some of them are highly educated. For me, the right word is not "Bugok", the right word may be "Ignorante". Just like me, i am "ignorant" on calculus or quantum physics, but i am "educated" on exotic pet keeping than my professor or than my farmer-neighbor. "Bugok" is too mean, "Ignorante" may be is the fitting word.

Industrial development caused by people ruined this domain, and because snakes are wild dangerous animals we dispose them immediately. Brgy. Maysilo Agusan Del Norte is in severe criticism for killing such humongous 21 feet king cobra.

Well, due to survival instinct we can't blame ourselves. We are not trained professionals to capture animals like snakes. We have to do something if our life is on threat. But just in case we managed seizing these animals better to turn them over to Department of Environment and Natural Resources (DENR).

Thank you for reading Allegedly 'King Cobra of the World' Caught and Killed in Agusan Del Norte posted on the website Kwentology if you want to redistribute this article please include the link as the source. Have some kuwento to share? Contact us!